The new season has started. I plant and listen to the radio! That is real excitement! 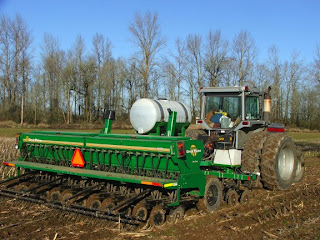 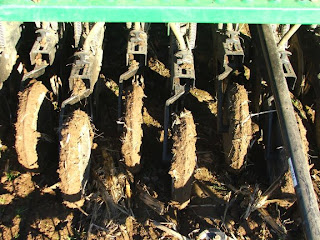 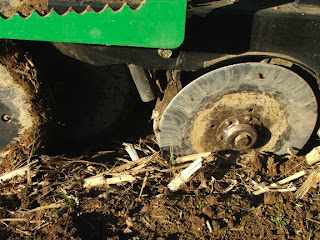 It was a little wet. You can see the mud building up on the press wheels. Also look at the mud smeared on the opener disk. It kept getting dryer so I kept going. This is a silty clay loam. This section of the field has a lot more clay and is wetter. The other half of the field has more of the silty loam and it dried very nicely.
Posted by buddeshepherd at 9:19 AM