February is the in between season. January was cold and wet and I really didn't get much done.

Or should I say, I didn't get anything really worthwhile done.

I rebuilt two turntables. A JVC and a Sanyo fully automatic. The Sanyo just needed the speed controls cleaned but the JVC had two broken cams on the auto return mechanism. Both turntables had rather odd cartridges which are hard to get needles for so I left that alone, other than cleaning. They both came from a lady at work and I gave her back the Sanyo it was the one she liked most.

The JVC was a bit more frustrating. I had to glue a plastic cam back together. Tried superglue, JB Weld, and swearing. I did meet a nice fellow from Florida on the vintage audio facebook page. He restores turntables for a living and gave me a lot of good advice and the needed part. I was happy to discover he was NOT a democrat and that was a pleasant surprise. 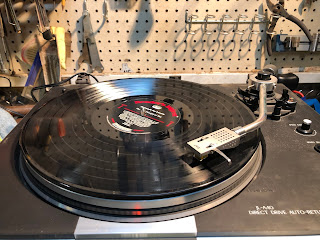 I bought a cheap Chinese 12v amp and I had an extra preamp so I can listen to the two Ray Price albums my wife bought at bulk GoodWill. I also have the Reader's Digest Compilation, "Songs for Lover's." This is out in the shop. There is finally so much junk on my main workbench I had to abandon it. Can't even see the real shop stereo.

The shop mechanic at work also gave me two industrial speakers which I have also connected so I have a lot of midrange. Mostly midrange. 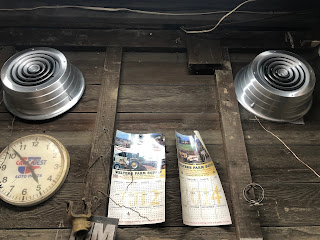 I also bought a Chinese pellet mill so that I can turn my hemp into pellets. It does turn hemp into pellets. Pretty much as advertised. I suggested to a few test subjects that the pellets were in fact granola. My subjects reported a rather spicy aftertaste and but amazing feelings of calm and wellness afterwards so who knows.

My friend also gave me his old Traeger grill. After discovering that wood pellets for the Traeger and quite spendy, I made hemp pellets. I mixed the hemp with random sawdust I found in the barrel of floor dry at the shop. My wife was quite skeptical. "Just because you have 1000lbs of hemp doesn't mean you have to use it for everything," she exclaimed. The porkchops were fine. Just tasted smokey. Went really well with a couple bags of Nacho Cheese Dorritos. 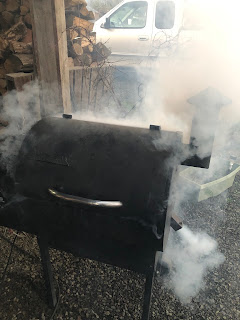 I also made cow pellets with hemp shake, barley, peas, and clover hay. I tried them out on my neighbor's cows. They seemed to like them. Later I told him of my experimentation and dumped the rest of my lot of pellets into his grain bin. His helper reported lots of dead rats later in the week. My neighbor does not approve of pot. I however, have gotten a lot of entertainment out of the whole situation. 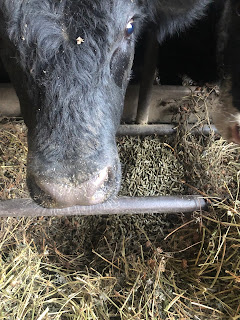 Hemp dust makes the records sound bad. It is very hard to get off the vinyl. Completely ruins the high range.

But now it is February.

February is the month when one say's, "OH CRAP! I have done nothing all winter!" Then have another cup of coffee. However the stress level is up. I probably should work on the grain drill. I need to put the MM G1355 in the shop. The three speed has failed.

Of course the stress level is also up due to the knowledge of more regulation, high diesel, high fertilizer, more regulation, who knows how bad will be screwed by this, https://oregonwild.org/celebrate-river-democracy-act-2021. Those fuckers Widen and Merkley.  Of course that Bastard Biden has brought in Mike "Corporate" Espy as agriculture secretary so I expect a return to the frustrations of the Obama Administration.

Note: I suppose it is not really fair to denigrate my cheap Chinese mill. It is what it is. The company I bought it from seems quite legitimate and gave me a lot of help over the phone. I could not afford $10,000 plus for a quality made product. You can see the company here. www.pelletmasters.com

Edit: It is interesting that you can put hemp juice in a brownie and eat it. But, you give what is left over to your cow and it is called adulterated meat and you can't sell the cow. Gubment! Here to help you!!!

Posted by buddeshepherd at 8:49 AM 4 comments: