Random photos of my week

It was meant to be a picture story but the photos are out of order...
Whatever!
I'm going to church.
Subjects covered by photos. Warm weather, hay, late planting, bicycle trip to the coast, Russians and pacifiers.
You may assign captions at random 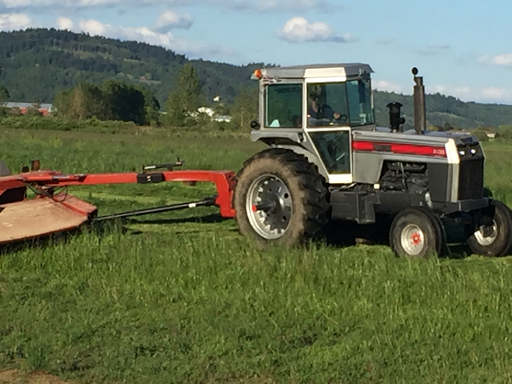 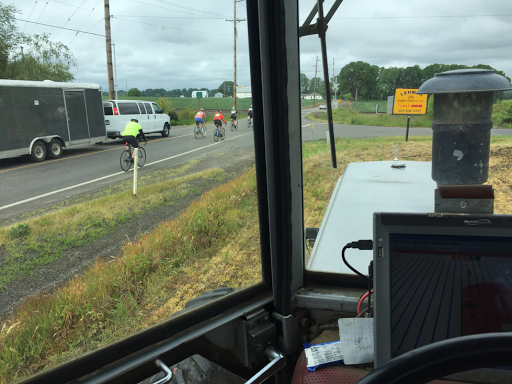 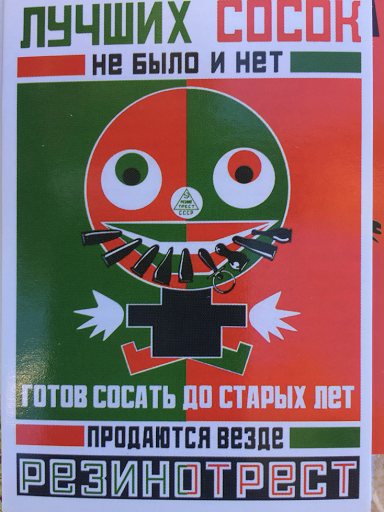 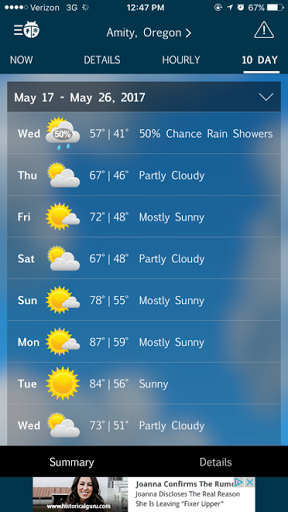 Posted by buddeshepherd at 10:21 AM 2 comments: 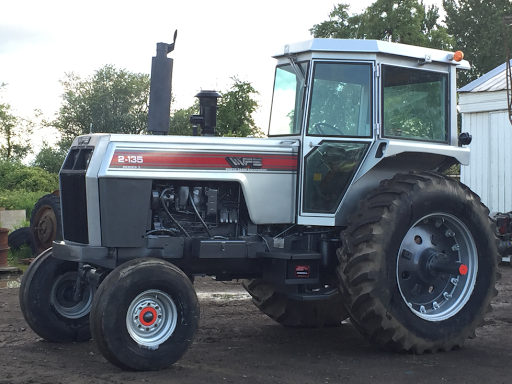 I still need to redo the inside of the cab. Right now I'm more concerned about the digital tachometer not working.
The mounting bracket's are on the front pulley and I think I have to remove the radiator to change the sensor.
Or rather, I think it would be faster to remove the radiator to change or adjust the sensor.
It has gone from 135 hp  at the dry bar, to an estimated 200 engine horsepower. I would like to put it on the Dyno and actually see.
This is the 3rd White tractor/army truck engine conversion and I think each engine behaves differently. This tractor starts harder than the other tractors but I have not pulled it hard yet so I don't know how much power it actually has.
The 2-155 that I use for planting doesn't feel like it has this much horsepower as the ugly 2-155 I bought from Missouri.
All the engines were the same model.
Posted by buddeshepherd at 8:12 AM 2 comments:

Having a dumb job is different from not having a dumb job (in reference to a fellow blogger) and much different from being self-employed.
Much less stress when you discover that you don't really matter. I probably will not get a raise and I most likely will not get fired.
I always thought insanity was the ultimate escape but really it is Mediocrity. That way you can have hobbies. And still appreciate them. Waiting for the End of the World becomes just waiting for the end of the day. Tractors to paint, a Triumph to ride, a supervisor to gaslight. It's not a bad life... 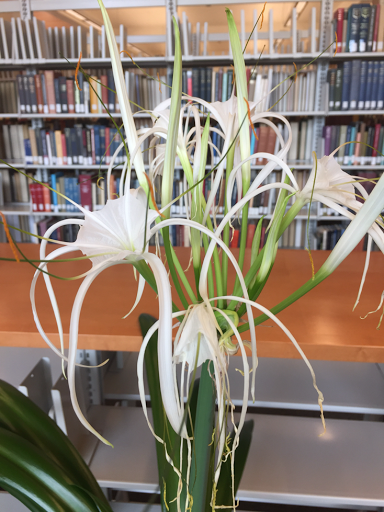 This is a 90 year old Spider Lily plant in the library. I have not killed yet...

We are having "self-evaluations" this week at work.
This is idiotic.
The goal is a pitiful "merit" raise. It has been announced that there will be no "merit" raises because we have fewer students and have no money.
I took this job for three reasons, tuition for my daughter, insurance for my family, and retirement for me.
I did not take it to reach "self actualization."
The lady who sits across the table from me freaked out Friday when it was announced the evaluations were due. Apparently she had missed an entire weeks worth of complaining about the evaluations which happened every morning before work.
She gave me a ride after I ran the diesel lawnmower out of diesel in the middle of the main street on campus Friday afternoon.
She was swearing up a storm about the evaluation. She wanted to know why she only had a day to do the evaluation and the rest of us had a week.
This was good as I had forgotten to turn my into the boss.
Well, actually I didn't forget all. I was contemplating doing my little manipulation trick of acting like I was getting it done but not really doing it and being super polite and helpful and sincere but really stringing the who thing out as long as possible just to push the authority figure to the point where frustration wins out over sympathy.
That approach just seemed petty.
I filled out my evaluation that morning in the greenhouse. I took me longer to find a stool, clean off the potting table, fix myself some coffee, sharpen a pencil, and find a good radio station than it did to fill out the evaluation.
First I checked the scoring to see how many above average scores I needed to get in order to barely qualify for merit pay. Then I started reading the questions. Then I got bored and checked boxes at random. "Meets Expectations" and "Exceeds Expectations."  In the comments I described my biggest challenge as being able to keep up the professional groundskeeper who had moved on to be boiler man.
My main adventure yesterday was running out of diesel. The diesel pump has a four pin round connector that is supposed to mate with a connector on the diesel vehicle you are filling. Apparently, sometime in the past, people would get the diesel and gasoline mixed up at the pump.
However, not all the diesels have the connector.
I usually use a couple paperclips to hotwire the whole abomination so I can use whatever vehicle I want to transport fuel. But I was in a hurry Friday and the fuel gauge doesn't work right and I knew there were full diesel cans at the other building.
I wired up a much better system which is still rather unsafe but now I can at least fill the dadburned thing without looking for random drywall screws and paperclips. 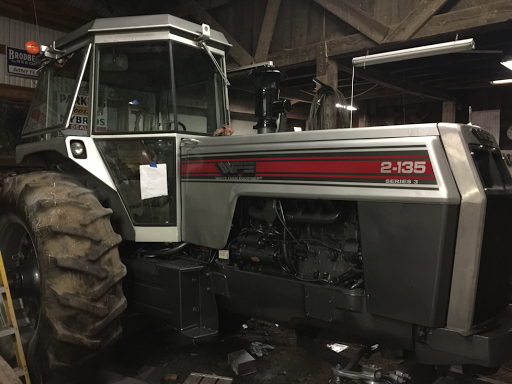 In other news...
I've almost finished the 2-135 paint.
It is the classic "good from far, but far from good." I really screwed up the decals and had to mask and repaint a couple areas. I've just given up on quality and am attempting to just get it done.
I had all the hoods on and discovered the lights didn't work. I had installed a metal firewall behind the fuel tank which would necessitate removing the said fuel tank and firewall to get at the wiring if it was a serious problem. It turned out to be a bad connection at the light switch which I fixed  by prying up the dash and wedging a screwdriver against the offending spade plug. I need a new connector but that would mean a lot of rewiring.
I should have been planting clover...
The weather has prevented any planting on our wet ground. I planted barley for my neighbor and got rained out. The tractor and drill are on the wrong side of town and the tractor duals are wedged full of goupy mud.
I think I'll bring it home today on the back roads. 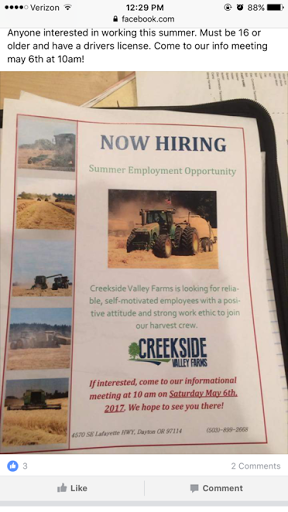 I see the new "big time operator" has been advertising for summer help on Facebook. I'm surprised at the number of farmers who have liked his page. I'm also amazed at the people who use his services. He is notorious for stealing your land. However, throwing money around and talking capitalism makes farmers get all weak at the knees and while they talk big they really just want to be his special "friend" so of course he won't steal their land.
It reminds me of the hyena's saying "Mufassa" to each other in Lion King.

When they see his ten combines blocking traffic on Highway 18 they pretend to be angry but really they have secret, um... nevermind...
I would like to see land use and commercial vs farming tax laws revised but I don't trust gubment to do it without screwing the small farmer. The idea that large farms need tax breaks cause they are feeding the world is a load of crap.
The idea that large farms are good for agriculture because they hire lots of people is crap. Those kids that run balers and combines in the summer don't join FFA. They don't learn how things work, there is a service truck chasing them.
Kids who work for small farms where they are involved in the operation are the ones that go into agriculture careers.
More farms make more jobs and produce people who know how to fix things, who have a vested interest in the future of their own land.
Feed the world my ass, feed their own megalomania more like it. 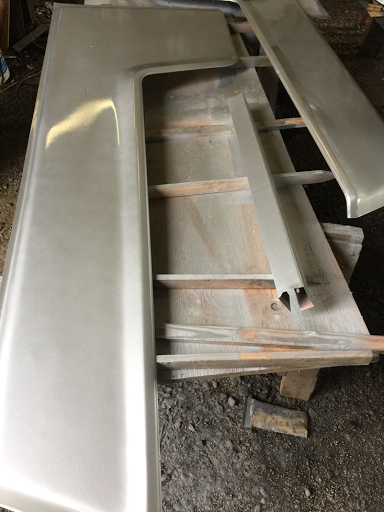 I included this photo to show the problems of painting with cheap metallic paint when you don't really know what you are doing. The metal flake tends to pool or spot, as in big spots, like metal flake camo at a lowrider convention. Which brings up another point. I want to turn my daughter's 72 GMC into a lowrider. But, no time or energy...

In other news...
Lulu likes the Blues Brothers.
This is my favorite movie.
I like the scene where they start swearing in front of the nun and fall down the stairs.
Last year I bought a faded copy on 16mm from a guy in Australia.
We will not mention how much shipping cost me.
I hooked up speakers and was prepared to be amazed. The sound was terrible.
Last night we watched in on Netflix.
Lulu likes Carrie Fisher so we were looking for all the scenes where Jake's exgirlfriend was stalking him.
This morning we are listening to Robert Johnson before church.

This is the lesser know Tommy Johnson. He also made the deal. I don't have a Tommy Johnson album... While quite influential he has a funny voice. (yeah I'm a philistine)
I made bacon omelettes. I started off with a lecture about the crossroads metaphor in literature and if it were possible for a person to trade their immortal soul and was heading straight for an explanation of faustian agreements and their importance in literature ending up Madonna stealing Brittany Speers soul and Katie Perry's supposed agreement with beelzebub but I saw her eyes glaze over and went back to cooking.
She just noted that all Robert Johnson's songs sound the same... But that she was still enjoying the album...
Yesterday she had Elmore James on the CD player.
I suppose it is alright to have a CD player if it is hooked to a 50 year old tube amp... And since CD technology is now considered yesterday and the new thing is analogue.
I'm such a rebel... Rebel lite...

Posted by buddeshepherd at 9:43 AM 6 comments: