Today I was in GoodWill and found the most amazing dollhouse for sale. It was one a very nicely crafted dollhouse but has now fallen into disrepair. Sort of a dollhouse for kids whose parents want them to learn what to expect when they become tweekers later in life. 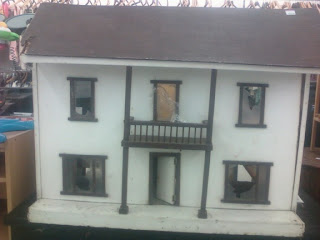 As you can see from the front most of the windows are broken out and the door hangs ajar. 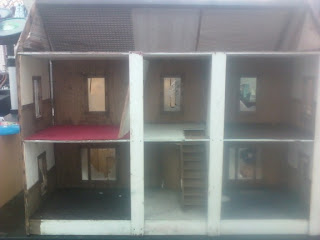 We can see the mismatched garish carpeting. One wall is askew and we have a dangerous stairway. 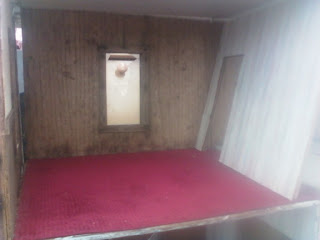 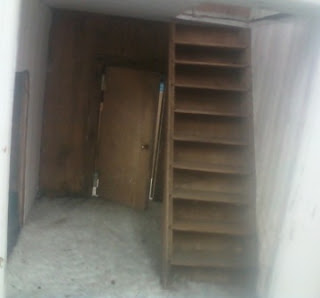 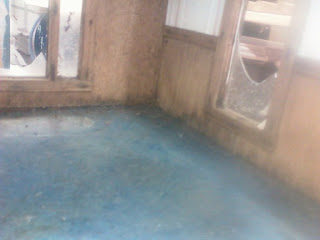 Water damaged walls and floors. I sure there were tiny needles in the carpet but i didn't touch anything.
In think barbie may have been cooking meth in the corner of the blue room.
It was kind of depressing. Someone once put a lot of work into that house.
Posted by buddeshepherd at 7:22 AM