IJust what the Doctor ordered! I discovered a way to view my happy spot with out the illicit application of the pedal steel, strong drink, and a lazy boy recliner.
I found an app which is pretty much explained by the title: "Florida Beach Cams."
If you have ever wondered if people use the pool at the Panama City Best Western on Thanksgiving, you can check!
Or you can watch the sunset at Destin Beach.
I find it quite relaxing, plus I discovered a whole trove of Jimmy Buffet records, which is not such a good thing. 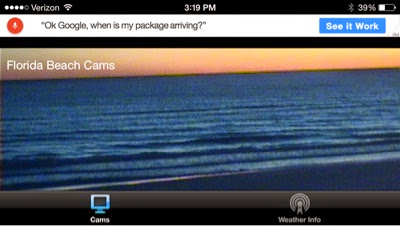 I'm going to take a few moments and enjoy the beach as I just managed to knock over my vintage tube retro stereo department while attempting to adjust a couple cables and measure the distance from spindle to the center post on the tonearm on my rare and valuable Rek-o-Kut/Fairchild tonearm combination. (Probably should classify that as formerly rare and valuable)
Someone emailed me asking for Rek-O-Kut information and I found a whole trove of stereo connector cables and I just had to tinker.
It would seem that despite weighting a hundred pounds and being made from angle iron and used sickle bar parts, my stereo stand is just a wee bit on the tall side and does not slide on carpet. Nor should you tip it away from the wall when it doesn't slide, nor should you pull on the powerstrip extension corn when it doesn't quite reach.
A vintage record stand, a Minneapolis G900 brochure, two Roy Clark records, and a Jimmy Buffet Album, (greatest hits) died in the crash. However, judging from the gouge in the bookshelf, there may be a few more, I think it hit Montana Slim, and probably also took out the Charlie Pride collection.
The tonearm broke off the gimble thingys, (official term), the Scott 299 tube amp now has a large dent in the face plate. The worthless Dynaco 120 is fine, there is a huge gouge in the bookshelf, but I did not spill my coffee on the carpet. 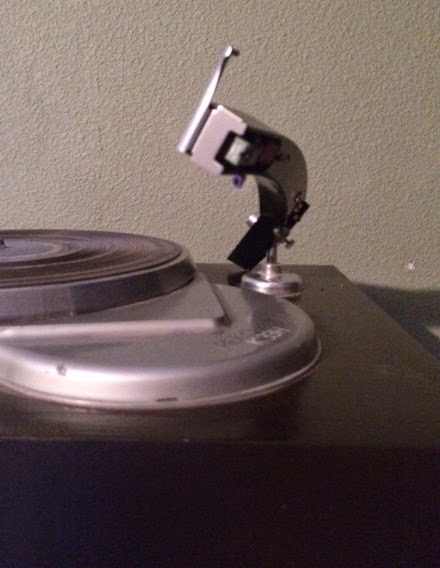 I just stepped on a very old electrical terminal strip so that must have come out of the Rek-O-Kut.
Well poop.... Yes it the tonearm is no longer connected. Tore the wires out of it and I just dropped the one remaining bearing into the carpet.
Just found my Stanton cartridge on the extra Dual 1019 headshell that I'm supposed to use for 78's. I don't think the cartridge alignment is quite right anymore and the stylus looks bent.
If I wouldn't have drank so much coffee I'd go back to bed...
I just had to mess with stuff...
I just don't see this as going to be a good day and I have to grind feed... 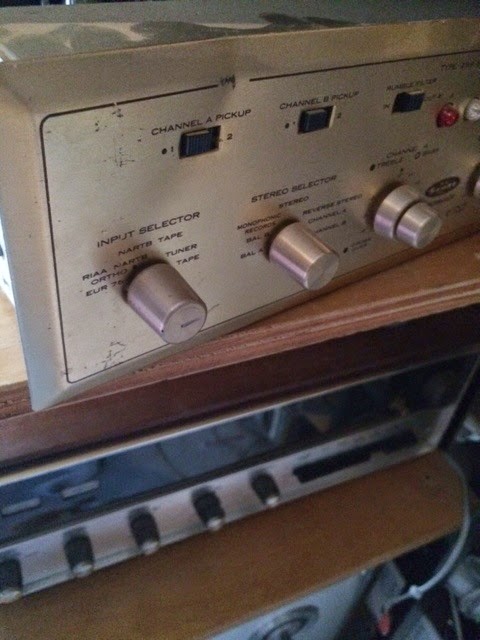