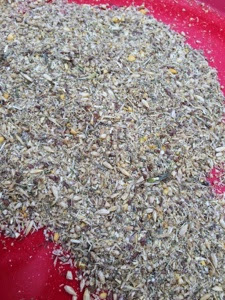 Oregon is voting on an initiative which will require labeling of "genetically modified foods."

I started out in favor of 92 because I believe you should be able to make choices when you buy food. After seeing all big environmental money promoting 92 and realizing it will increase government regulations I am opposed.

I have also now decided that most people opposed to GMO don't even know what they are opposing and are easily manipulated paranoid idiots...

Here are two of the resolutions which were taken from the "Read the Initiative," website posted by Oregon Right to know.

(15) Requiring that foods produced through genetic engineering be labeled as such will create additional market opportunities for producers who are not certified as organic and whose products are not produced through genetic engineering. Such additional market opportunities will also contribute to vibrant and diversified agricultural communities.
This is a lie. Labeling will require certification which will benefit the sort of farmers who love regulations and have the money to pay for the extra certification. Labeling will also benefit environmental groups which can promote their favorite grant supported farms. If you want to know what is in your food then develop a relationship with your local farmer. I'm not going to certify my chicken/pig feed. It is made of barley, peas, flax, and the occasional filbert. If you want certification buy it somewhere else. I don't like to answer my phone anyway.
(16) The cultivation of genetically engineered crops can have serious effects on the environment. For example, in 2013, 93 percent of all soy grown in the U.S. was engineered to be herbicide resistant. In fact, the vast majority of genetically engineered crops are designed to withstand herbicides, and therefore promote indiscriminate herbicide use. As a result, genetically engineered, herbicide resistant crops have caused 527 million pounds of additional herbicides to be applied to the nation’s farmland. These toxic herbicides damage the vitality and quality of our soil, harm wildlife, contaminate our drinking water, and pose health risks to consumers and farmworkers. Further, because of the consequent massive increase in the use of herbicides, herbicide-resistant weeds have developed and flourished, infesting farm fields and roadsides, complicating weed control for farmers, and causing farmers to resort to more and increasingly toxic herbicides.
This is the big one, the whole point of the genetic modifications was to REDUCE herbicide use. Of course the commercial on TV says, "pesticides," which is a lie to make it sound more scary. I suppose they are talking about insect resistance in corn but again, THAT REDUCES THE use of pesticides.
It does not promote "indiscriminate herbicide use."  It promotes use of ONE herbicide at the rate suggested on the LABEL. If the weeds become resistant then you go back to the herbicide we used before we had the LESS TOXIC herbicide that every one is now afraid of.

People are idiots. They are incapable of basic reasoning skills, they are purposely uniformed and purposely stupid. AND they are dishonest.
If you are afraid of "Frankenfood" then argue this issue on the dangers of playing GOd with nature. I'm a little afraid of that myself. I use NON genetically modified seed when ever possible. I don't like paying the technology fee, I don't like Monsanto, and I have many more reasons which I could go on for at least an hour...
Posted by buddeshepherd at 8:55 AM