A tractor or two and that ole' Mt. Dew

I've been planting red clover. It is really late for red clover but I expressed my concerns and the farmer said the Field Man said it was fine and so I really just do what I'm told. 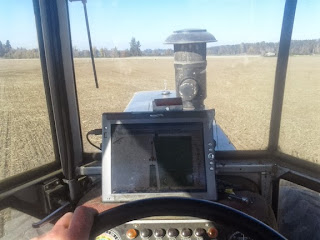 Mountain Dew can be used to get the inoculant to stick to clover or pea seed. It seems I am the only farmer in existence that hates the clay based inoculant. I saw a seed salesman Sunday who said people like the white clay based stuff because you can just pour it on top of the seed in the box and you don't have to mix it.
I say it is better to mix inoculant and clover seed in a garbage can with a shovel and a case of Mountain Dew than it is to clean the clay out of the flutes on the seed meter.
Here I am, doing the dew, as they say in the TV commercials. 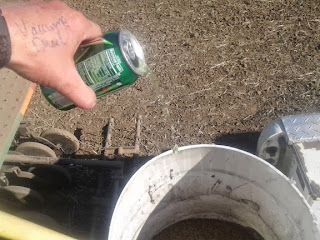 And I saw a few tractors....
A nice IH Hydro which could be used in the "end times" 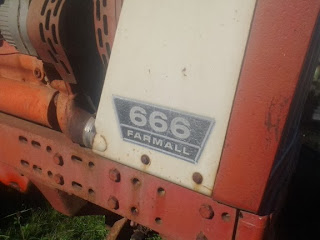 And a JD that would fit right in the tractor lineup on some of the new small farms. Wonder if it comes with it's own "grow card." 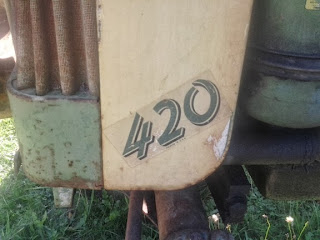