A lazy farmer in winter

You may have noticed that the title of this blog is The Lazy Farmer. I look forward to Ralph posting copies from his archives. I also found this discussion of The Song of the Lazy Farmer.
The Lazy Farmer tended to sit in his Rocking Chair and keep the fire warm while his long suffering wife did all the work.
I have always found this to be an admirable goal, but the cultural fear of the Irish Potatoe famine has kept me from attaining my ambitions. Still, it is good to have goals.
It has taken me an entire week to get the lights fixed old Ford L8000.
I got off to a fine start. It was not the alternator that was bad, it was the regulator. This was a matter of simple trouble shooting skills and advice from my brother who knows everything and actually works.
Let my give you a step by step so you can appreciate my brilliance.
Keep in mind that I keep forgetting how to do everything so even though I've done this before, it is all new, all over again.
First I put my test light on the large post with the red plastic insulator. There was power.
This just proved that there was not a break in the wire to the battery. Then I tried to remember if this was a single wire Delco or if it had an external regulator. So I looked for disconnected wires or terminals which I didn't know what they did.
I found an outlet for an electric tach.
Then i found another red wire on the back of the alternator.
There was no power to this wire.
So I traced the wired back though the harness and found a little silver box cleverly hidden behind the air cleaner. A regulator!
A quick consult with the iPhone told me I could short two wires together but I decided to ask my brother who remembers everything. After rummaging around in the back room he came back with a bunch of funny connectors on a chain and said I should disconnect the regulator and connect the connector on the chain that fit and check the gauge in the truck.
Suddenly I had 14 volts.
We looked though our vast supplies of out-of-date parts and could not find a regulator. However, we do have a vast reserve of non-running trucks and I was able to find an almost new regulator and a large capacity truck battery that I had forgotten about.
Now if the story ended here it would be a story of successful troubleshooting and efficient repair.
But, It does not...
I then decided to figure out why the lights kept quitting when I was driving down the road.
More clever trouble shooting skills that a mere employee would not have.
I turned the lights on and wiggle the hood violently.
The lights quit.
In the dim light of a rainy winter afternoon I discovered the hood grounded through the hood hinges. (sparks)
But then it started pouring down rain and I retreated to the store.
Next day....
I expanded my repairs to clearance lights, door handles, and window regulators.
This involved robbing a spare truck cab down below the hill. Access was by four-wheeler.
It started pouring... 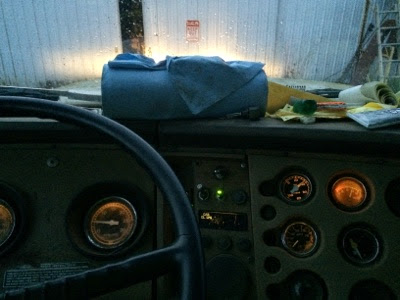 Then I needed to watch the store.
Then people wanted to talk.
Then I helped my wife.
Then I was worried the river would flood and I needed to move my mower that formerly resided at MuddyValley for three years and now resided in a flood plain...
No small tractors would start.
SO I used the 2-155 FWA White with $6,500 worth of new tires that farmers keep giving me a hard time about. (Just sharing the pain)
It turned over hard at first and then suddenly roared to life.
There was a blood curdling yowl and the annoying cat that my wife and daughter rescued from the cat pound came hurdling out from under the hood.
It came out to the space between the a/c pump and the valve covers. It came out like a rocket with all four legs extended in a flying x. It hit the ground at a high rate of speed and has not been seen since. (Four days ago)
The tractor would not fit on the mower so I sort of pulled it with a chain.
I then installed the wrong window regulator, the one I had just taken out...
And it was raining. 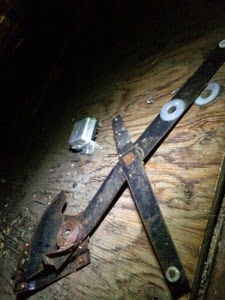 And so it goes... It is Saturday morning, I 'm setting in my easy chair and my brother is at work. I just remembered that there is a taillight out on that truck....
I did wash it last night in the dark. Perhaps that will solve all my problems...
One more cup of coffee would be good.
I'm home alone, just me and the Christmas tree and the dog and a bottle of Four Roses a cup of hot coffee and a whole collection of Tom T. Hall albums Christmas albums. I think I'll have another special cup of coffee wrap some presents!
Merry Christmas Everyone! 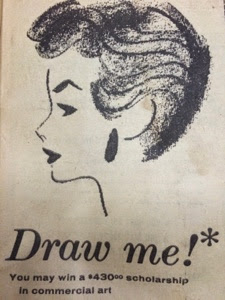