Sunday we went to our local church for a Christmas Program. When I was a kid we always got brown paper bags with peanuts, an orange, and assorted hard candy after every Christmas program. I guess Oranges are no longer remembered as a delicacy. Not too many people who grew up in the 1920's are in charge of Christmas programs any more.
The Church has new chairs which replaced the old pews. I don't really understand the current obsession with replacing pews with chairs. I suspect it goes kind of like this.
People who are in committees in churches are concerned membership is dropping. They have been at the church for years and so never get an outsider's perspective. People rarely disagree with them, they just go to church somewhere else. No one really takes the time to sit down with people who quit going to their churches but I suppose if they did, they wouldn't get a straight answer.
So, the Committees must do things. So they buy chairs because those old benches are so formal and interlinking chairs could be moved around the sanctuary and that would give the church a fresh new perspective.
Committees must do things and must spend money and so they do.
This is not so much a criticism as an observation.
Of course there are always unforeseen results, no place to put the hymnals, chairs are kind of uncomfortable.
We left when everyone went forward for communion.
Nothing personal. We just don't interact much...
Then we went to "town" for Sushi.
It was a surprise for Lulu. We told her we were going to the Blue Goat which got her mildly annoyed (she is 13 which explains many things) then we told her we were going to the Mexican restaurant she dislikes and then when she had her nose buried in her phone we turned into the local strip mall and parked in front of Sushi Kyo.
Then we she exclaimed, "are we going to eat here," we said, "naw just messing with you," and started to drive away.
It was nice.
I have no idea what I ate. The dishes come by on a little conveyer belt and you pick what you want. Sushi tastes like sticky rice to me. I just put some of that greens stuff on it and a little soy sauce and figure if my bald head starts sweating it is good.
The did have good chocolate cake. It had mousse in it. I ate it with chopsticks. 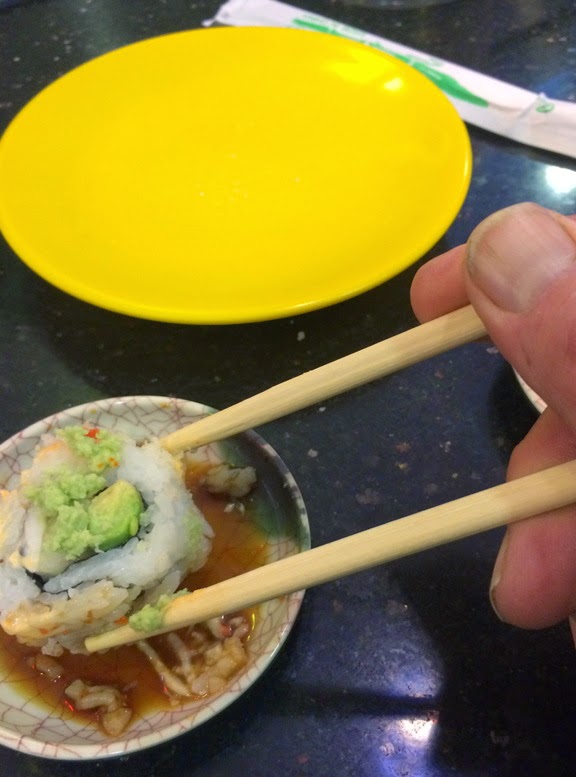 Later, we went home and I spent a hour trying to find cheap kayaks so we could go boating on the lake that covers our farm. Strangely, no one stocks cheap kayaks this time of year. I was thinking about the Sunstream Pelican which was on sale for $150 at Dick's Sporting goods.
We listened to Christmas Music for "Young People" and played with horrible Chinese legos until my tower fell apart, due to my use of Horrible Chinese lego copies. You know, if you are going to bootleg legos you could at least make them sort of fit together. Oh well, they were cheap...
Later we played "Settlers of Catan."
I suppose everyone spends Sunday afternoons listening to Bing Crosby, Ed Aims, Burl Ives, and Nate King Cole singing Christmas songs. 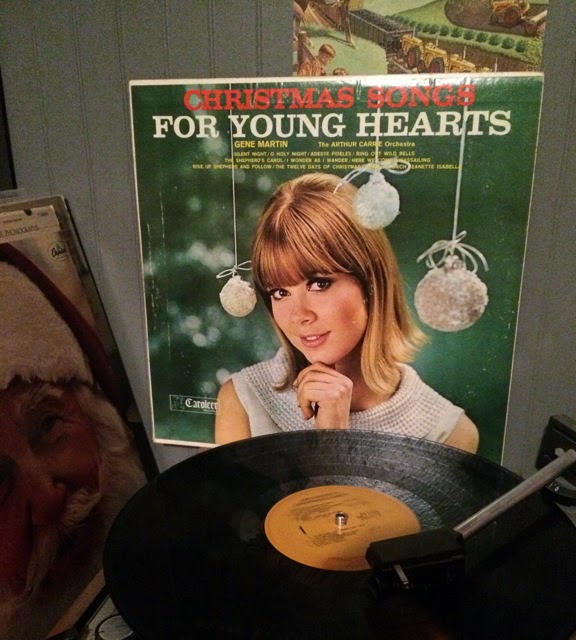 Posted by buddeshepherd at 7:58 AM