When I was a lad we always went to a big family Thanksgiving dinner at an old church. The potatoes were always cold but the gravy was usually amazing.
My dad's cousins were all characters. They grew up together on a big farm where they did everything. They had prunes and pigs and cut firewood and grew grain and had a prune dryer and broke horses. In the winter they would cut firewood and load the cordwood into boxcars that went to Portland.
With the advent of WWII the government decided to locate a training base in the area and they had to sell the land and everyone scattered. Thanksgiving was the big get together.
After dinner there was a time for everyone to talk about what they had done that year. There was often a devotion and several hymns were song. As kids we always pretended to hate it all but I will admit it was usually very entertaining.
That era is over with. There seems to be no real shared heritage anymore.
We are going to my wife's sister's house in Portland. She is already up there. She has four sisters and they all like to get together they day before Thanksgiving and make pies and tell each other what to do. They enjoy this a lot but all the talking makes me a bit claustrophobic so I am home.
I was attempting to organize my record collection and vintage stereo, 16mm move, and reel to reel collection, as well as books and computer stuff and Marx toy barns and...and...
I think I will listen to the Legendary Stardust cowboy as I am alone and the Ledge seems to get the cats really agitated.
I bought some new speakers. 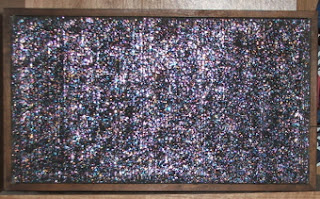 They are Dynaco A-25's.
I took Lulu with me to look at them. Before we went in I explained my theory of buying stuff off of craigslist.
First I only had the amount of money I wanted to spend. This was not a lie as I was pretty low on cash and I wanted to eat lunch.
Second I was going to look for something to complement the fellow on to build empathy. My goal was to get him to want to sell me the speakers because I was a nice guy. This was all kind of academic as I was not doing one of those deals where you offer the guy a fraction of his asking price and just walk away. I have been doing a fair amount of research and was pretty shocked at the price of 1970's era speakers on ebay.
I took one look at them and cringed. 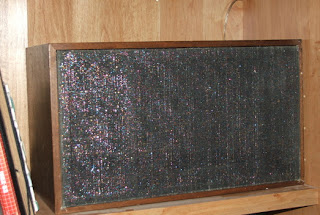 They were pretty ratty looking and had funny sparkle grills. Sort of groovy, which is kind of a problem. I'm not so much of a groovy fellow. We don't have any shag carpet in our house.
But they sounded amazing. And they turned out to be the A-25XL model which is somewhat sought after by collectors. 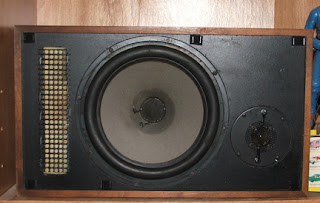 I got Lulu to give me a second opinion. She said I should buy them.
She may have been a big preoccupied by the fellows kitty-cat but she has better ears than I and she lends a somewhat critical eye to the crap I drag home.
So I made my offer and there was silence.
I said, well that is what I've got and if you want to wait another couple weeks and advertise them, just give me a call and I will come back.
He helped me carry them to the car.
He was a very interesting fellow. Collects records and plays music. I hope I didn't offend him.
Then I got home and saw my statement from Case Credit...
And there is the issue of paying my rent. I am glad I am completely anonymous and no one to whom I owe money reads this blog.
Then there is the issue of water leaking around the window frame in the house, and the woodstove I was going to buy and... whatever...
After enjoying a complete album side of the Legendary Stardust Cowboy, I wonder if Sam Adams would not have been better off trying to roust the occupiers with a blast of The Ledge, instead of a blast of pepper spray?
Have a happy day!
Posted by buddeshepherd at 10:06 AM