On our wanderings around Portland we drove down to the industrial area of Portland to find Great Harvest Bread Company, The former Freeman Baler factory and to see where my brother drives around with a 50 foot belt trailer.
We did find the Freeman Baler Company on Nikoli or Yeon or where ever it was. Here is a photo of the old headquarters. 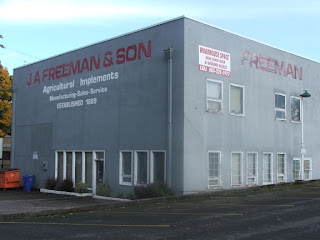 And here are the loading docks. They have a whole block of buildings. It was one of those old rambling factories and was probably pretty inefficient. 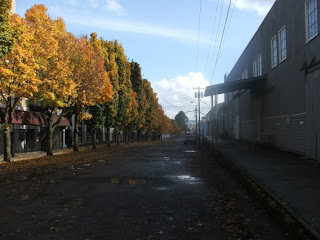 Going to J.A. Freeman and Sons was always an adventure in my younger years. Sometimes we got a tour. The goal was to get a free hat (for me) and a calendar for Mom. The office had an oak counter and oak desks. There were framed blueprints on the wall. There were old and kind of grumpy people around.
The Freeman baler itself was kind of unusual. The basic design was really unchanged from the very first stationary balers.
It had large bullgears which drove a heavy plunger at fairly low speed. (75-85 strokes per minute) The whole baler was very heavy and it appear to be mostly fabricated by hand.
We have two model 200 balers with which we used to make 85lb wheat straw bales at below 16 percent moisture. That it making a bale so tight that if a string breaks they explode.
The company was bought by Allied Systems a few years ago and moved from North East Portland to an industrial park somewhere. Of course they screwed all their old dealers in the modern AGCO tradition and Freeman baler sales came to a complete standstill in our area.
In fact, I bought a Hesston 3-tie and we sold our 3-tie Freeman because we couldn't get parts. The fact that I, the owner of Minneapolis-Moline tractors, a Studebaker car, a Triumph motorcycle, and Mac computers actually switched brands should be an object of study by classes in salesmanship world wide.
Here is the companies tombstone (click here)
It appears that they are still being made. I would like to have two new 2-tie balers as that seems to be where the market is going, but I will probably buy New Holland balers as I don't want to deal with the local John Deere dealer who is the local Freeman dealer and who is trying to bury the brand. 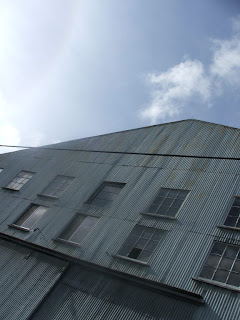 Posted by buddeshepherd at 7:49 AM