An update from the drought stricken west

I have so many topics I don't really know where to start.
Things that have happened...

1. I have spent the summer stacking some of the worst bales I have ever stacked. I have photos to prove it. 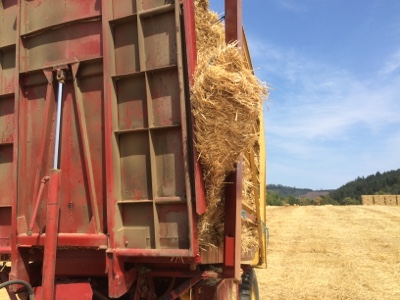 2. As a result I am just now starting to bale my own straw.
3. It has been hot and dry and there have been multiple fires all around us.
4. A weasel or perhaps it was a mink, it was black, appeared and slaughtered a number of rats.
5. My numbskull hay customer pointed out to my wife that the weasel would start killing her chickens next.
6. The 14 year old neighbor boys heard about a wild weasel on the loose and staked out the barn. One of them ended up shooting himself and got a life flight ride. The other one seems to be grounded. The Sheriff noted that a little blood makes a good teaching experience... !
7. Stanley killed the weasel two days later.
8. Stanley may also have eaten the weasel. I tell you, we do feed our dog. 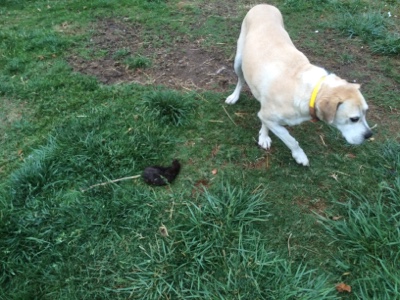 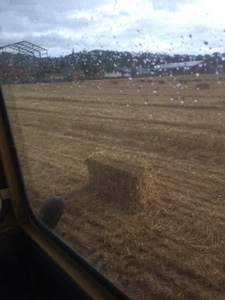 10. All my straw got rained on and now is of lessor quality.
11. I am in a prennial bad mood.
12. My daughter and I bought a silk screen kit and are attempting to figure out how to silk screen t-shirts.
13. I hate the new Mac OS.

I'm setting in the rocking chair with an ice pack. Daughter is at youth group. I told her I was going to work on t-shirt designs but it was a lie.
Computer technology probably peaked in 2002. Since then it has been a downhill slide of bloatware and harder to use operating systems.
Apple took many of the bad ideas from Microsoft and Microsoft has become more Mac-like.
I need to scan an image and clean it up in Photoshop and add text. I honestly wish for a simple program like Ready-Set-Go or early Pagemaker or just give me a good photocopier with an enlarger feature and a type writer.
I think I can just photograph the old clip art image with my iPhone, print it out on the laser printer. Print out my text in NotePad, then put the whole thing together on a light table, photograph it again with the iPhone and then print out a transparency so I make a screen.
Ten years ago I would have just used my Mac.
However, it is now easier to go back to doing it by hand.
I need to buy a useable computer.
I think I will buy a Windows Surface tablet and get a keyboard.
I am no longer considering a Mac.

I could also go on a rant about politics. I suppose I shall refrain...
Posted by buddeshepherd at 7:15 PM