A Sunday speech about books and events

My brother found some old photographs. Thirty years from now will it be that my daughter finds and old MacBook?

Thirty years ago I thought I was going to be somebody someday. Didn't think I would be a groundskeeper and still poor! 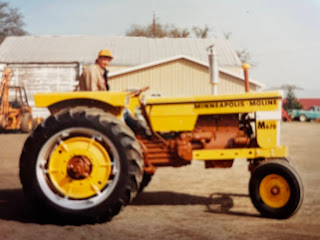 I listen to books on my phone at work. I started with detective fiction from the 1960's, (John D. MacDonald) and continued through modern fiction, Adrain McKinty, Lawrence Block, Olen Steinhauer (don't remember other names)

I was amazed at the changes in values. Travis Magee had a flawed but distinct moral code, his author still believed in a positive moral outcome. Wrongs were righted and after a misadventure Travis and Meyer hung out in the Busted Flush with Plymouth Gin on ice and pontificated and philosophized.

Their discussion were (In my opinion) part of the on going discussion that made pre-twenty first century, country music, blues, jazz, an reggae so interesting. The degeneration of tradition Christian values and the old codes of honor and integrity and stewardship of God's creation. Essentially the understanding that we are only here for our limited lifespan and our decision is to preserve life, live honorably, virtue for the sake of virtue, vs living for the moment as the moment is all that there is. Generally they follow the 1960's values of living for the moment but retaining their hints of "dear old Momma, bless her soul..."

Modern authors just kill everyone and random bad stuff happens. The hero's deal with random death and destruction. Old values are hollow. Their friends turn on them and must be killed. They are continually faced with impossible moral choices. Do you shoot the child or the woman or die your self.

I was listening to Adrian McKinty who incorporates Northern Ireland and the "Troubles," into his work. His characters are a bit more nuanced than a lot of the modern escapist fiction. There are vestiges of Catholicism and Protestant beliefs that give them moral conflicts as they navigate an incredibly high body count.

I tend to binge listen so perhaps I get too involved in my books. After the last Michael Forsythe murder/betrayal (Bloomsday Dead) I downloaded a book on CS Lewis and then moved on to a 40 hour marathon of "The Chronicles of Narnia."

I suddenly have realized that my whole train of thought is slightly off and that Olen Steinhauer is actually Cold War Fiction and I need more coffee.

Not to waste five paragraphs of random thoughts held together with a thin line I can't quite follow I will make some concluding observations.

First, Eustace Scrubb's parents and their horrible socialist friends have taken over the world. They are the Progressives that censor Hucklberry Finn and take "1984" an "Animal Farm," as textbooks.

Second, the reason the Children in "Lion the Witch and the Wardrobe," and "The Magician's Nephew," knew what to do in Narnia is because they had read the right books.  "Lord of the Flies," would not have happened to post WW2 British school children but happens every day in the modern America.

Third, I have been reading about the Kyle Rittenhouse trial. I watch much of the events as they happened before the censor ship took over. Mobs focus on a perceived weakness and will run that person to the ground. Kyle was obviously young and inexperienced, the rioters targeted him because he had the AR and they didn't think he would use it. Leftists/Progressives have always provoked a fight and then claimed to be victims (See back to the actions of Eustace Scrubbs)

People have gone through Progressive/Socialist revolutions before. There is a lot of history. Fascists in Italy were a reaction to violent Socialists. The Spanish Civil war could never have had a good ending.

If Kyle would have been convicted it would have meant that you could no longer defend yourself in times of social disorder. In fact, there will be a push to eliminate your right to self defense.

Read what what state leaders have said about the trail and note how they lie about the actual proven facts of the event.

The words of the Governor and Speaker Tina Kotek are pretty amazing.

Posted by buddeshepherd at 9:19 AM