I refuse to go to work in the morning and pretend to listen to a self help book but actually listen to...

I am a bad farmer. A lazy farmer. There is hay to cut and in three days, there will be hay to bale. I have feed to make, I have a broken tractor, a broken motorcycle, a broken golf cart, and several axes to grind. (metaphorically speaking)

It is 8:30 a.m. on a Saturday. I have a baler to put together and I am blogging. Perhaps that is where the Lazy Farmer name does truly apply. 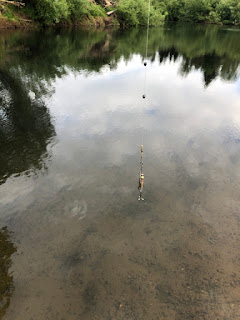 What I would rather be doing

I hate working on baler plungers. I have trouble reading the instructions. When I had my larger helper Bill, we would argue over the instructions and somehow figure it out. I do not think in the same way as my new helper. Nothing against him. It just doesn't work the same. 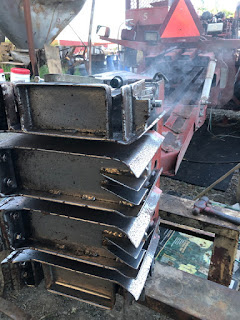 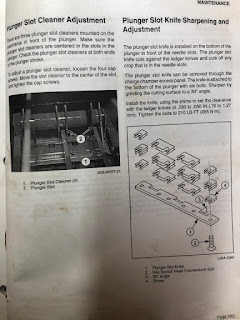 I have a book but I can't read... Actually, I can't understand instructions...

I need my daughter. But she has abandoned me.

The weather man is calling for 90 degree temperatures next week. I am taking a vacation. I am going to drive a dumbstruck for the company that is redoing the steam lines at my University. I also have an interview at another University as a handyman groundskeeper. There is a very unlikely possibility that it will pay two dollars an hour more. If so I will take it.

My daughter is working in the grounds department of that University this summer. It is where she attends. She has been advocating for my employment there. I am not sure this is a good idea. I tend to interact too much with her. She objects, but then turns around and seeks me out. This job is an example. She was going to work in my grounds department but then got a job at her University. Then she tries to recruit me.

She said, "At LU I am known as Farmer ....'s daughter. At GFU you will be known as Lulu's dad." A subtle difference. But somehow important in terms of status....

The decision to switch jobs is actually impossible. I was offered the job a couple years ago. The pay turns out to be almost the same when the extra half hour drive is figured in. The drive kind of sucks.  At my current job I now I have 15.5 hrs of PTO per month and they give me all sorts of interesting junk. They are renovating the science building and I am really hoping for cool scientific junk this time!

I am listening to "How to stop worrying and start Living," by Dale Carnegie. It is a refresher course... 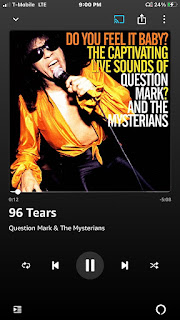 Ok, I'm lying... This is what I am really listening to. Probably why I can't read.

Posted by buddeshepherd at 9:22 AM