The best present I ever gave her 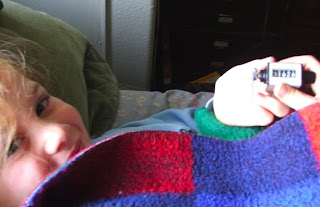 A couple years ago the bale counter on my baler broke. The new one was kind of expensive and I couldn't bear to throw the old one away. So I gave it to my daughter. It still counts but the lever doesn't return properly.
I have found that counter all over the house. She keeps it in her treasure box. Sometimes she takes it to school. Mom found it in bed one morning. I finally ask S. what was up with the counter.
She just likes to make it count. She runs it up to a thousand and resets it. She said her goal over the next few days is to reach 10,000. She clicks it when she is bored, or when she is trying to go to sleep, or watching cartoons.
Kind of interesting.
I was going to throw it away...
Posted by buddeshepherd at 8:07 AM