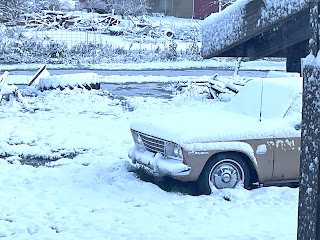 Eight years ago I would be out playing in the snow with my daughter. We would be figuring out how to ambush the cousins across the machinery lot.
I miss my daughter. 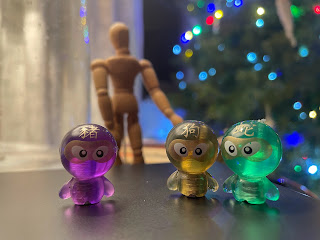 She came home for Christmas and we played board games and had a nice Christmas I suppose. Then she left as she had to work today. Or perhaps it was the discussion. I don't know. 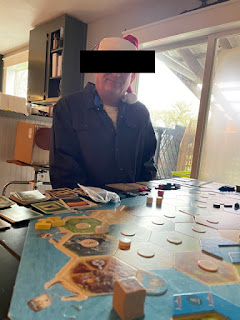 My wife got me a record cleaner for Christmas. A lady from Church has given me a box of record albums for evaluation. She won't say if she wants to sell them to me. They are incredibly dusty. 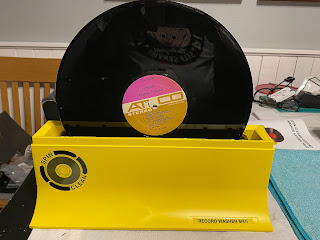 Spin-Clean record cleaner which actually works!
I was never into late 60's rock but I really like some of it. Cream, Quick Silver Messenger Service, there are a couple Beatles Albums, Eagles, John Harrison boxed set, and of course "John Barley Corn Must die" album by Traffic.
I took the box just for that album. I don't really like the song I just like the title. But, record collecting is a silly emotional pastime anyway.
It was amazing how dirty the records were. Of course the original owner was blind and perhaps couldn't see how badly he was treating his records. On the positive, all the original posters and paperwork are there. Obviously, he did not hang the posters. Not much point I suppose.
I don't know if I should buy the records or just tell her to sell them. They were so dirty I couldn't stand to listen to them so I cleaned them and put them in plastic bags.
Speaking of records.
I have been trying to sell a turntable which I rebuilt. No one wants to actually buy it. No one has a "stereo" any longer. So you would have to buy a phono preamp, amp, and speakers. I suggest just getting a CD player. Probably why I have not sold my turntable. 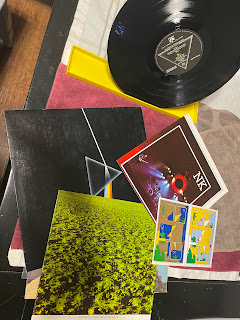 I think what I will do is get a cheap preamp from Phonopreamps.com, connect this to a cheap china amp that has bluetooth, and redo a couple of my little Bose monitor speakers. The problem is the price would be $250 to $300 so I am probably just throwing good money after bad.
Christmas is past.
My daughter is gone.
There is snow. 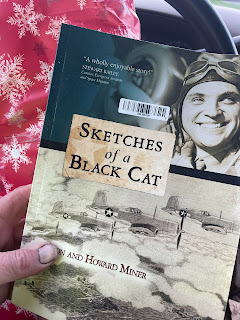 I have a great book to read that my brother gave me for Christmas. Perhaps I will retreat to 1945 when people had real problems...
I hate to live with regrets but I do. I think I should have quit my job after my father passed and we did all the accounting and realized we still had a farm. I just don't know if I should have gone back to farming or never came back from Florida. Somewhere and sometime I took a series of wrong turns in life and while it is fairly entertaining for observers. I am no longer as entertained as I once was... 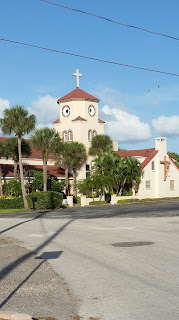 Where I was six years ago and wish I was today!
Posted by buddeshepherd at 9:20 AM