I miss the Don Edwards cowboy music concert and am annoyed...

My lovely wife and my precocious daughter bought me good seat tickets to see Don Edwards at the Elsinore Theater in Salem.
Don Edwards is an old fashioned cowboy singer who has been around since slightly before the flood. I saw him years ago when he shared a show with Ian Tyson at the Alladin Theater in Portland.
He tells stories and sings and is a really nice fellow and I thought it would be a pretty cool experience for my daughter. The plan was to have a steak dinner at the Jonathon's Oyster Bar next door and then see the show. Sort of a dress up sort of thing. Hopefully it would not lead her down the road to honkey-tonks and yodeling and unrestrained banjo picking.
But that is all a moot point as I missed the show.
My friend called to tell me that Joan Jett was going to be at the Clark County Fair Douglas County Fair August 22nd and suddenly I thought of Don Edwards (which is in no way connected to Joan Jett is just how my mind words). The tickets were on the bookshelf. I pretty sure that was around the 16th of August. No... It was the sixth of August. I'm an idiot... Perhaps we will go see Joan Jett. Sadie is a bit of a rocker, I over heard her singing an AC/DC song while driving the pickup the other day. Of course this was followed by "This little light of Mine," so I suppose all it means is that she will grow up just as confused as I am. Nothing like passing on a little "angst" to your kids. I just hope she doesn't say "sh..t" during a youth group meeting, or yell, "You M.... F......er" (Massey Fergusoner)  in front of an Amish fellow when sprayed with really cold water... Not that it happened to anyone I know... 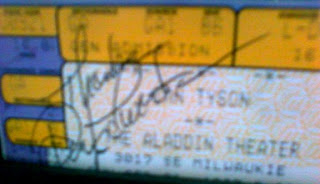 I did look up his tour. I think I can catch him again at a better time. October 18-20th he is going to be at the Fairy Baptist Church Revival in Fairy, Texas. I need a good revival and this could be just the one. Look at the link to the Church!
The town of Fairy seems to be somewhere in the middle of the state. See this link, I am sure it would be an adventure. Too bad I don't have my travel trailer anymore. 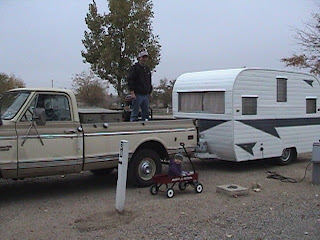 I was thinking it would make a great trip. We would first hit the Lone Pine Film Festival in Lone Pine, Ca and then just ramble down the trail to Texas.
This will very likely not happen...
But, speaking of film festivals, there will most likely be movies on the side of the Great White Barn that blocks our view of Mt. Hood. Featured will be Woody Woodpecker in "Cracked Nut," the usual crowd pleasers, "Farmer Alfalfa and the Mechanical Cow," and a 1970's farm safety film from International Harvestor. We may also watch "Surf Side Six," if Mrs. Shultz shows up. Bring your own chairs and blankets and popcorn. Our microwave quits when we do popcorn and we don't have the cast-iron pot to make it on the stove.
Those of you on the other side of the country may not be able to make it with such short notice. I will apologize as the Lazy Farmer Film festival is a totally random event. The show starts at sunset.
Posted by buddeshepherd at 7:52 AM