I worked up a little field this afternoon. If I knew what to plant I could plant it...
I'm a little frustrated.
I was talking to a friend the other day who told me that they sold a key piece of farm equipment to pay for fertilizer. Later that day I ran out of prepaid fertilizer money and I realized I have $20,000 worth of unsold hay in a neighbor's barn that would pay for fertilizer if it would sell.
However, I was unwilling to run up a bill I couldn't pay so I parked the fertilizer spreader and my daughter and I rode the motorcycle to retrieve my pickup.
Since I am moving around the neighborhood by myself I have borrowed a motorcycle trailer and I move my pickup and then ride the motorcycle for the fertilizer truck, then retrieve the motorcycle and go after the tractor and then go after the motorcycle and so on.
She wanted to try out her new helmet and so we took a ride to get my pickup from an unnamed location.
We arrived to find a whole contingent of gubment vehicles. They don't carpool.
I said to my daughter, "they are vultures," my friend is talking about selling out to the conservation folks and they are swarming him.
It turned out that it was not the "hard sell," conservation core but rather a nice girl counting pond turtles and some guy doing weed control, and assorted support staff. I figure that since it was a gubment job it and it was a beautiful spring day, it was one guy to roll the joint, one guy to light it, and they they went to find to pond turtle girl and were most likely sitting under a tree somewhere baked out of their skulls.
It is not like any of it is real.
Some years ago a clever "scientist" put together a good powerpoint presentation stressing the importance of pond turtles, blue butterflies, and the theory that at some magical point before white Europeans arrived, they whole state was "White Oak Savannah," and so it is... The whole focus of the local state conservation agencies in a nutshell.
The only reason there are pond turtles at this sight is because the grumpy old Dr. just dug his own ponds without advice from the clever folks and then controlled access.
If you have to deal with these wonderful gubment folks you soon find out that what is meant by "public land" is property of the King which is paid for my your tax dollar. It is NO LONGER your land, it belongs to the gubment and is administered by petty bureaucrats who make exceptions for their friends, but claim to be completely honest. Sort of like your local church leadership board.
This morning I read the Capital press and I see that while "Our Dear Leader" has issued a fatwa declaring illegal immigrants legal, in order for them to become really legal they have to do paperwork (of course). To do the application they need to request records from their employers which then alert the employer that the applicant is an illegal alien with false papers. The employers are then required by law to report the employee as an illegal alien who can then be deported because.... HE HAS NOT FILLED OUT THE PAPERWORK. And the gubment wonders why people hate them...
If Lars Larson was not a complete idiot he could do a whole show on that insanity... Someone should call him. Except he would misunderstand the caller and start an argument with himself and the caller would just get tired and hang up.
But, I digress...
It could be worse. My friend could be selling his farm to a winery. The alternatives, housing development, winery, gubment. At least it will be preserved and he gets money. Giving it to the Nature Conservatory would mean they would rape the land the same way they did with their donation up Gopher Valley. Clear cut the sucker. Probably turned it into a winery, sterilized the hillside, put up fences, attracted bicyclists.
Perhaps I have issues...
Anyway,
This is what I did today. 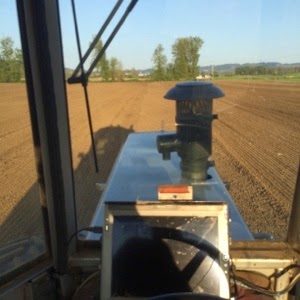