We have had a week or so of non-rain. I'm not saying it was dry weather, I'm just saying it didn't rain. I have several planting jobs but since the fog has been of the pea soup variety which keeps the dirt quite well hydrated, I've been doing things other than planting.
Thursday was the first day I could do anything. I planted 5 acres. Friday I planted 30 acres and moved to a new field.
Saturday I planted 20 acres and moved ten miles and planted another 12 acres.
The nubs are still on my new tires.
Saturday did not start well. 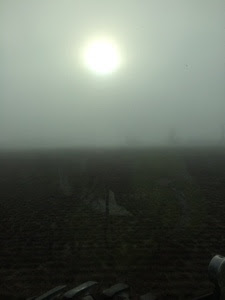 The fog returned and the drill continually plugged seed tubes. 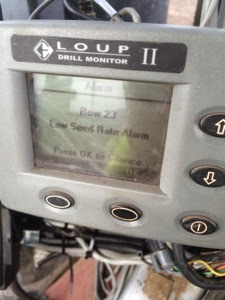 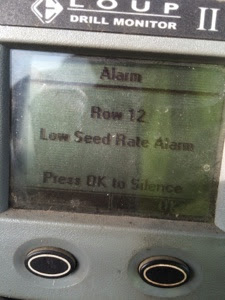 The problem was this. 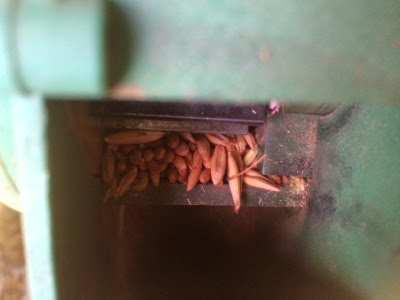 I think it was an odd combination of the amply applied seed treatment,  the fog, and the seed company did not run the oat seed through a debearder to remove the tails. 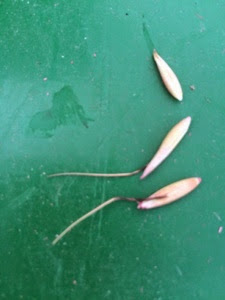 The little sharp beards on grains like wheat, barley, tails on oats, tend to stick in the rubber seed tubes. Strangely enough they don't plug my 1953 Minneapolis-Molne slope side grain drill nearly as bad as it has metal seed tubes.
The high moisture in the air causes the steel box to sweat and the seed treatment sticks to the metal and plastic in the drill. This slows down the seed rate and causes plugging.
To illustrate this, I started in drive three at 60 on the scale. This gave me 105lbs/acre at 1.0 million seeds per acre (or so the counter says)  As I progressed the Loupe Population monitor showed the seeds per acre dropping to 900,000 and then to 800,000. To get back to 1 million seeds I ended up opening up the drill to 65, 75, and then 80. The problem is that the population monitor can't read a huge stream falling past the sensor so it is not a one to one relationship between what is planting and what the monitor reads. You can't always just open the drill to match the monitor reading and be exact.
But, I was pretty close. 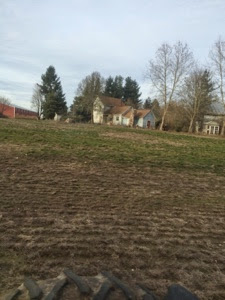 I planted at my old house. When I moved my landlord said I could leave my Studebaker truck in the barn. I likes Studebakers.  Tweekers have looted the place as no one lives there anymore. They stole the radiator, horn button, Studebaker emblem, and the cheap ropes out of the cab. 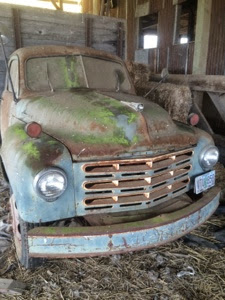 They left my log chain and booster cables. I know this sounds harsh but sometimes I'm glad meth is poison... 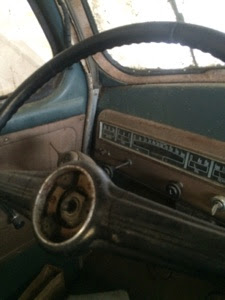 Yesterday we went to visit my wife's father. He looks tired. He does like Spike jones and he admitted to writing Kilroy Was Here" on random stuff during WW2.
I did not tell anyone that I thought of seeing the slogan after that girl bent over in front of me at GoodWill. 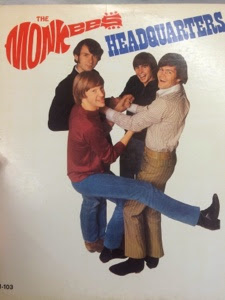 This is what I found at GoodWill. I couldn't resist The Monkeys.
Posted by buddeshepherd at 7:50 AM