Sunday decisions and my lack of enthusiasm for personal interaction

My wife and daughter went to take Grandpa (on her side of the family) to church. Well, thats how it started out but I think Grandpa didn't get up early enough so it turned into dinner at Aunt S. house.
They decided to leave me home alone. I didn't really question the decision.
I had to skip church anyway as one of the folks from the new church we have been attending has been threatening to start inviting me to "men's retreats."
I refused to go on the grounds that he could not guarantee that someone would not attempt to hug me. I hate men's retreats. They usually involve some touchy-feely lite theology that includes a shallow reading of the Bible to which men are supposed to be in charge of something and we are directed back to a mythological era when Men were the leaders of the family and in reality there has always been a ebb and flow of roles in society. Generally women have been oppressed. Since I'm not a woman I'm not sure a certain amount of oppression is not a good thing. If someone has to be repressed I sure don't want it to be me. Of course when the phrases, "when men were men," comes up I always think of the joke, that has to do with frightened sheep and that leads me to the joke where all the sheep are in the back of the truck and one is in the front seat honking the horn and then I loose the whole point.
I've always had difficulty with disciplining my mind. I remember once years ago when I was attending Rosedale Bible Institute. One of the times I nearly got in huge trouble was  during the Bill Gothard seminar. I dared my friend to stand up and yell, "My father is not a Chronic Mastrubator," when Bill was talking about the sins of fathers being passed on to up to three generations. He stood up but actually waited to be called on and either he lost his nerve or was messing with my head, but he asked a much toned down version of the question. I knew what he was saying but I don't think Mr. G figured it out.
Then there was the Promise Keepers convention where my cousin, brother, and I were the only people not holding hands and hugging in an arena with thousands of men who were mostly wearing short pants and sandals. We were also not wearing short pants and sandals.
I don't think the modern Christian man is going to get his "manhood" back by wearing short pants, sandals, and hugging.
But, I digress...
My plan for today was to read "Jealousy," by Robbe-Grillet. I've been working on it for some 30 years. I feel it is essential to my concept of myself as slightly "avant-garde." However, it is more interesting as an example of different types of literature than it is as a novel. I love the descriptions of scenes but at this point in my life, I have to have a compelling plot. I wish I would have saved one Raymond Chandler novel so I'd have something to look forward to reading. I'd finish it like right before I was going to die... If I knew when I was going to die... So I guess that plan is pretty much shot to heck...
But my wife wants me to rip out the kitchen sink while she is gone. If I would have paid attention in Promise Keepers instead of wondering which of the guys there were closeted homosexuals and were just there for the hugs, I would have declared we were going to church and not working on Sunday and that would have been it. But, I am of course, influenced by Post-Modernism, have no self discipline and I wanted to read Robbe-Grillet and listen to Jimi Hendrix and make a shrimp, bacon, and spinach omelette, (with a little cilantro) and have some coffee with a lot of brown sugar and a little Heaven Hill and sit in my easy chair.
The question is which path should I take?
Making my wife happy (long term goal) 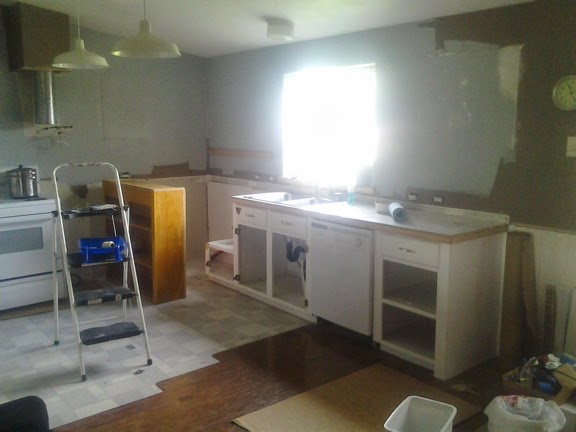 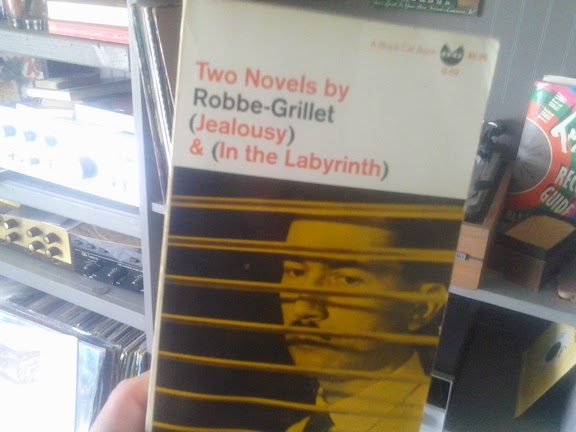 Update, The omelette was excellent but I found Jimi a little grating on the nerves and so in keeping with the French theme, Omelette, Robbe-Grillet, I put on Claudine Longet. I've been avoiding the album because Scooter Boy about had a love aneurysm when he saw the album. I figured if he liked Claudine then it had to be about the worst of whatever came out of the 1960's.

Then I looked her up and found out she married Andy Willaims after he found her standing by the side of the road with a flat tyre, and then after they got a divorce had a boyfriend who was an olympic skier. And then she shot her boyfriend, which was probably a good idea, and she got off with 30 days in jail. Plus, she was a cute French girl and has that little lispy accent with a kind of slim waifish look and I one saw her smoking a cigarette on a long thin holder and... you know i think we are getting off subject again....And 35 grumpy old farmers don't need to know what is in my internet search history...
Anyway, I'm listening to Claudine and frankly, it is so horrible I'm kind of enjoying it. I think you would have had to have been in the 1960's listening to the AM radio in a Corvair with a gullible Co-Ed you had been trying to impress by leaving your copy of Robbe-Grillet, "Voyeur " (which I should have bought instead of The Labyrinth) where she could see it.
I suppose I will now go and work on the counter although I really kind of don't care...
I'd kind of like to buy an older Honda XL-250 and go ride on logging roads. I could take my daughter and she has google navigator on her iphone. We could go to Niagara Falls. It would be fun.
I could do things like that and also not look for another place to go to church or find a new school for my daughter if the idiots who run WMS would spend less time at stupid men's retreats and more time just living their lives and figuring how life actually works instead of basically being dumb-asses...
I mean, really... Who would you rather go to Church with? Someone who over dresses and shakes with both hands and tries to sell you Amway or someone who won't hug you, occasionally drinks bourbon in his coffee, listens to Hendrix, attempts to read french novels, has read every Raymond Chandler book, but has also read (and owns) "Doctrines of the Bible" by Daniel Kauffman, will absolutely not sell you something you don't want and won't pretend to be your friend or make up fake policies to fire your wife.
Have a nice day...
(note to self-must let certain things go... The war between the states was over a really long time ago... Get over it....)

Update #2  So I gave up on Robbe-Grillet and took out the sink. Now here is how it goes... I have it out, except for one little bit of the false bottom which is around the cold water in line. I wiggle it to get the line though the hole I cut and the #$%^&*(ing line breaks. Now I have a fountain of water shooting up a foot in the air. In a normal home it would be three feet but even our water pressure here is pathectic. At this moment I really and completely hate 1. Manufactured homes. Don't buy one they are crap. It doesn't matter if they are labeled "Super good sense energy," and cost $40,000. Live in an old appliance box instead. At least you know what you have. No surprises in an old appliance box under a bridge. AND 2. short guys who over dress and shake with both hands, I really and truly hate the sorts folks who want to be in church leadership so that they can feel they are really really smart. I hate them because they are the ones who fired my wife and if she wouldn't have gotten fired she would not have decided to redo the kitchen. As I told my daughter on the way to school the other day, Never, ever, trust a man who is shorter than you, especially if he dresses way too nice. Good rule of thumb. It has never failed me... Now I have to drive into Lowes, great, just what makes me happy on a Sunday afternoon...