Yesterday was a nice day, the sun was out and it did not rain. I was stuck at a training class all day. I have to get my pesticide applicators license for my job. I do not get more money. I did not ask for a promotion that would cause me to have to have it. But it is a job requirement which I found in the FinePrint which I did not read. I figured I would have to do it sooner or later.

It was excruciatingly boring. Eight hours of hearing about stupid rules put forth by petty bureaucrats Who have a incredibly unreasonably high belief in the value of their job.
(Note, I am using speech to text on my iPhone while waiting for my daughter to get out of youth group and I probably won't proofread it)
Today I was sick. I have a bad cough, sore throat and I feel like crap.
I spent the day trying to sleep and working on my Rek-o-kut 120 tonearm. 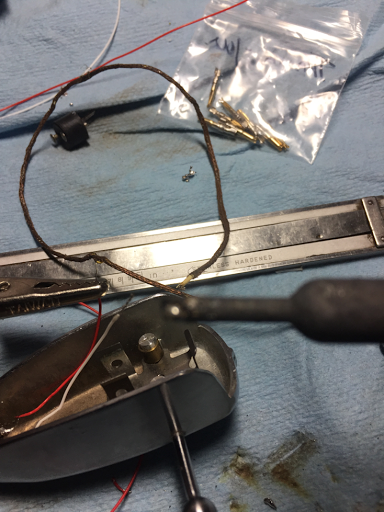 And listening to the Kinks. I was drinking tea for my throats and I felt rather British... 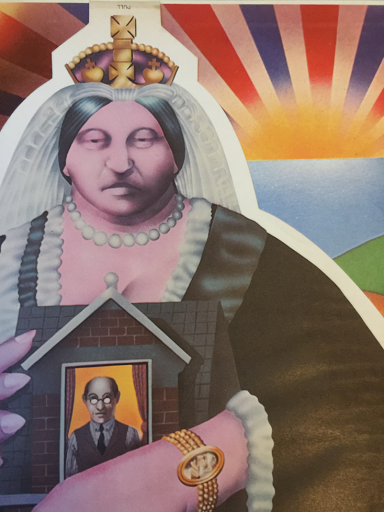 Don't feel British when "tapping the admiral" but a cuppa tea and I joining the Village Green Preservation Society...
But I digress...
Muddy Valley gave me a Rek-o-kut k33H turntable with a Fairchild tonearm sometime ago. The bearings have failed on the Fairchild and so I bought the Rek-o-kut 120 as it has the same mounting footprint as the old Fairchild.
Now that vintage stereo stuff has gone through the roof price wise I only buy things that are broken or unpopular.
So I had to convert the tonearm and headshell from mono to stereo.The wires going to the headshell were bad anyway.
I ended up converting it to a common ground set up. I connected the negative wires from the headshell to the aluminum tonearm.
I found instructions at esoteric sound.com
esotericsound

It was quite a challenge soldering the really fine tonearm wire which I bought.
Especially since i had to use powerful reading glasses to see anything.
It took my mind off the pouring rain, my job, going broke, whatever. 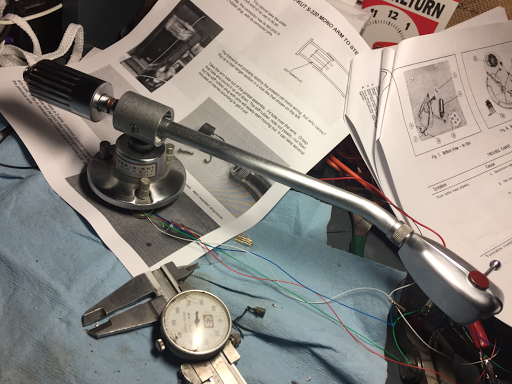 UPDATE: Monday I am still sick and my wife suggested I stay in bed. I am still struggling with the mounting of my Rek-o-Kut 120 tonearm. It is not as simple as I thought. There is math involved.  I suspect I was not meant to be an audiophile. I have heard that CD's are the wave of the future.
Posted by buddeshepherd at 8:28 PM