The ramp is completed

For those of you waiting with nervous anticipation as to if I met the 10 a.m. deadline for construction of a handicapped access ramp for my house... 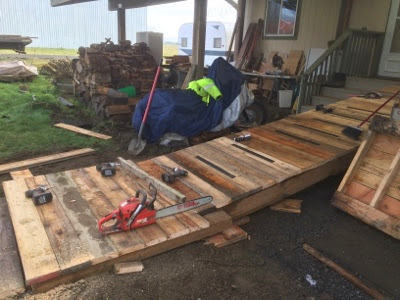 It was more like 11:55 and it ain't up to ADA code. But I did it for practically no out of pocket expense.
The 4"x6" beams were from someone who owed me for hay five years ago. The decking was part of a trade I made 14 years ago but there was a question of ownership and I didn't want to argue with anyone so I left it where it was. It was in a shed and so is in good condition. I called the current renter and he said if it was still there then no one was ever going to claim it and as far as he was concerned it was mine.
There was enough to do a 20 foot truck bed but intending to re-deck a truck is not the same as doing it. I think the ramp was a better use for it than setting in a shed for another ten years.
(My lovely and gracious wife is in charge of railings.)

I was able to hit 102 decibels with the forklift. I am somewhat proud of myself. I suppose this explains my choices in music... 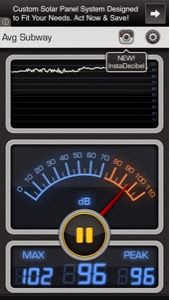 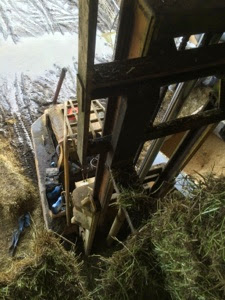 And, I've made a total of $17 from Google adsense.
Posted by buddeshepherd at 7:24 AM