I managed to screw up my hay quality this year. Last year I had very nice hay. Partly because my neighbor came and helped me mow and I kept my little helper raking and baling.
This year I got behind, we got a heat wave, which was accompanied by rain-like dew. 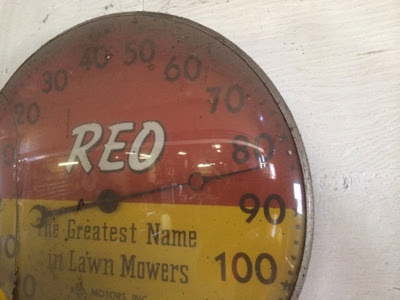 I lost my raker/fluffer girl to a camping trip and stuff broke down.

So I just raked and baled it.
But the heavy dew bleached the tops of the windrows and with out running a fluffer/tedder that bleached/brown hay shows up in spots in the bale.
The problem is that I have it sold to the neighbor girl and she is not going to be happy..

Yesterday the right hand feed auger broke on the baler. My neighbor had a new one. After I had it almost installed my little helper pointed out that the new one was longer than the old one.
I brought it back home and chopped 8" off with a cutting wheel on the grinder.
My neighbor who loaned me the auger part needed stacking done and was feeling charitable so he sent one of his balers to Muddy Valley to help.

Day before yesterday I bent the forks on the load rack on the stacker. Long story... 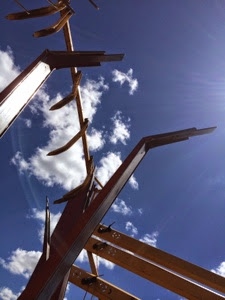 You can see them bent at an odd angle. 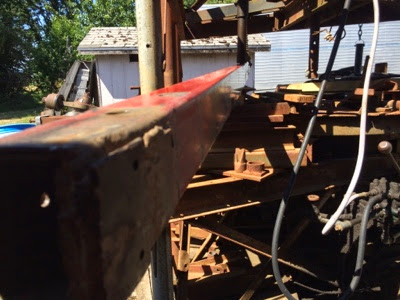 I put the offending parts in a large Rube Goldbergish looking press. And straightened them out. 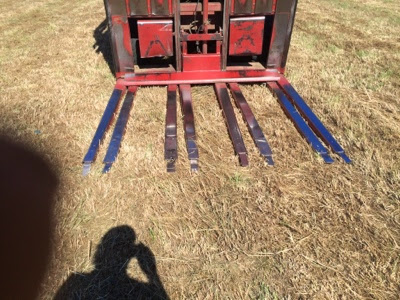 Last night at 10 p.m. fuses started blowing on the stacker. I gave up and went home.
Today I've got to make room for hay.
And stack...
I wanted to dive by my other neighbor's rental house and see why there is the front half of an old bomber in his driveway. It was too far away to get a photo.  You don't see large airplanes in peoples driveways just every day of the year. Must of been one heck of an auction.
Posted by buddeshepherd at 6:41 AM