Oregon is going nuts and it is probably time to leave.

I grew up hearing stories from my Uncle about leaving Germany between the wars. He foresaw the end of this country better than anyone else I have even talked to.

Germany was devastated spiritually after WWI and it slowly became a dual society. The rural people were conservative and more religious. The city folk became progressive and liberal. According to Uncle H the growing divide between the liberals and the  smarter than anyone else folk became significant.

A charismatic leader like Uncle Dolf who promised to rid the country of socialist/communists/weird perverts and university professors(sorry for being redundant) was welcomed because he was an alternative. A few normal people realized it was time to leave. But overall I suspect that the temptation to welcome brownshirts beating the shite out of Antifa shite head types was so strong that one might overlook a little spillover.

Needless to say, Uncle H got the heck out and moved to Texas. I suspect the only thing that will keep Oregon from turning into Berlin of 1926 is... , well I don't really know. I don't see a charismatic right-ringer rallying us all. The Proud Boys and Patriot Prayer a first seemed to be a step in defense of the rest of us but they were immediately and skillfully marginalized. The racial diversity of the groups, Latino, Cuban, Black, White was denied and the clever folks defined them as RaCist. Of course. The "so called violence" didn't do much as those groups seem to have just ended up being mostly Oregon State Police and FBI infiltrators agitating each other. Plus, rural Oregonians are not extreme right wing or "racist fascists." We just want to be left alone. We don't want Kate Brown and countless civil servants telling us what to do. We don't want snot nosed brats protesting endlessly about non-existent oppression of people who we don't even know. We don't want global warming bullshite forced on us because the idiot early baby-boomers read the Hobbit and Grapes of Wrath and convinced their grandkids that the internal combustion engine is evil and that all Mexicans are oppressed farmworkers. (I used to be post baby-boom and pre Gen-X before Wikipedia expanded the Baby Boom years. There ain't a lot of us and we seem to be a grumpy lot)

Here are some pictures with no captions and a video that probably won't work. 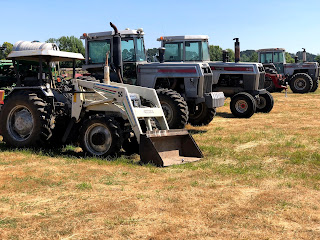 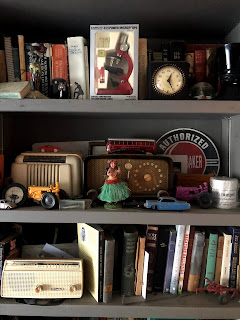 My collections are interesting

Posted by buddeshepherd at 9:24 AM