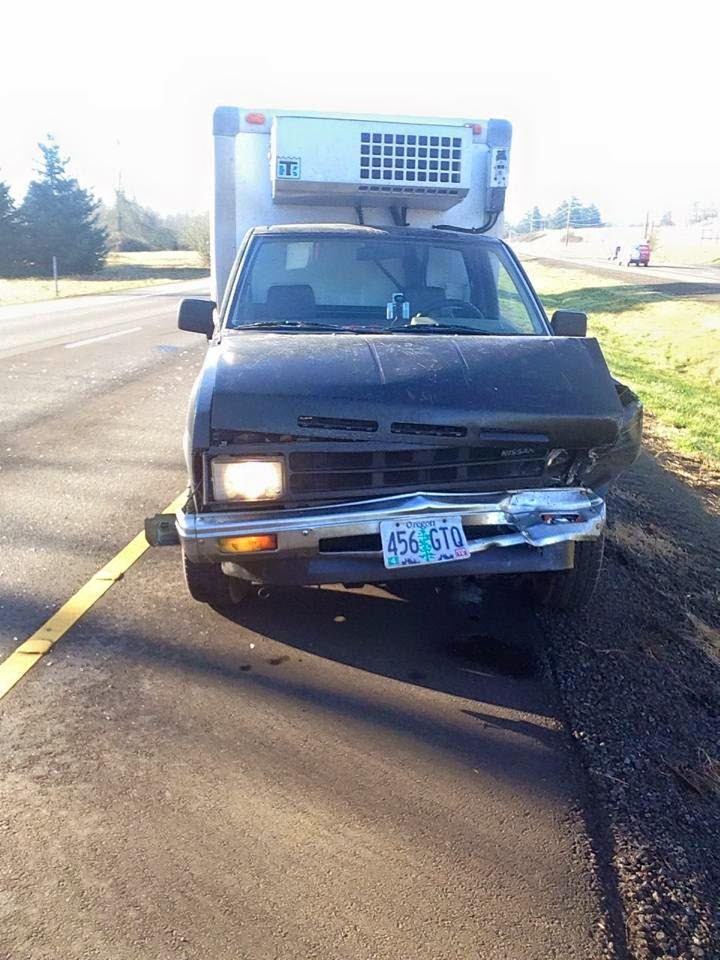 It was a Humpty-Dumpty moment for local Chicken Entrepreneur, Joshua S.
"I thought the sky was falling for a second," said Josh.
An obviously angry Walrus brutally attacked the Eggman Van last week as the Eggmobile careened down important public highways, bringing free range and GMO free eggs to the hungry and ironic masses in Stupidtown, OR. (Portland)
"It has somewhat left me with egg on my face," he said.
The Intrepid hero of thirtyish flannel wearing health conscious youngsters says this is just a minor setback on the path to his goal to be king of his own free-range chicken empire sooner than later.
"If Colonel Sanders would have stopped with his first bowl of beef gravy then all we would have is heat lamp chicken," said Josh.
"Well, actually josh didn't say that and it doesn't make sense anyway. I just toss out random quotes and attribute them to whomever I wish," said blog editor, Budd E. Shepherd.
"Great job Budd E." said President Obama, "And remember, if you let yourself down, you let your country down."
"learning, learning, always learning," exclaimed Benny Hill.
"I know nothing,' exclaimed Sergeant Schultz.
"But, I digress," exclaimed Budd E. Shepherd.
The egg van has not been reduced to custard says Joshua who is already embarked on the restoration project. With the help of the kings horses and men.
"I do feel like I'm walking on egg shells," he added.

Posted by buddeshepherd at 7:02 PM