Hardcore bicyclists are complete arseholes. I awoke this morning to loud talking outside my window.
It is Sunday and while I'm not working as hard as I should be, I'm working hard enough to want to sleep in till 7:30 a.m. on Sunday.
Yes, it is time for Cycle Oregon. The two days when thousands of bicyclist wobble down the highway, talking loudly which freaks out everyone's dogs, taking up both lanes of narrow roads, making it impossible to get down the road with tractors. I can accept the blocking the road for one or two days as long as they wave at me. What really annoys me is the attitude that they own the road because they are not using an internal combustion engine...
There is a basic conflict between those of us in rural Oregon and those who live in the city. Here's the deal...
I have no urge to got to Sherwood, Beaverton, or housing developments in McMinnville and drive my tractor in front of people's houses and yell at their dogs. But...people who live in the city/suburbs dearly love to ride their bicycles past my house and yell at my dog.
I can see how it would be much more fun to ride past my house, but read your own bumper sticker, share the road.
AND, don't yell at my dog who is sitting in the lawn. This causes him to get up and come over to see what is going on. Stanley has a job to do. This job is to prevent your meth-head criminal kids from stealing our gas. He is supposed to bark at you.
If you don't want to get attacked by farm dogs don't yell at them, don't yell loudly back and forth between groups of fellow bicyclists, and carry a lot of dog biscuits.
My wife was sitting in the yard enjoying the cool weather and hanging out with Stanley and watching the bicyclists.
A bicycle lady screeched at Stanley.
Stanley got up and barked.
The hardcore male cyclist behind the lady told my wife to, "control your f......g dog."
I didn't hear it as I was finding my shoes to go out and yell at Stanley.
Pretty soon a race official came by in a pickup and stopped. Stanley went out to greet him. I went out to greet the race official but I did not know the cyclist had yelled an obscenity at my wife.
The race official was very nice and said Stanley was a nice dog and not a risk and thanked me for coming out. (In shorts and a tee shirt and my hair looking like a mad scientist or Harpo Marx.
The race official said to expect 2500 cyclists past our house.
I should go pick up a load of straw before church so my brother can irrigate corn.
I had a similar bicyclist experience on Muddy Valley road yesterday.
I was going to stack and met the whole pack on Muddy Valley road.
They were racing down hill and in my lane.
Several people were wobbling. 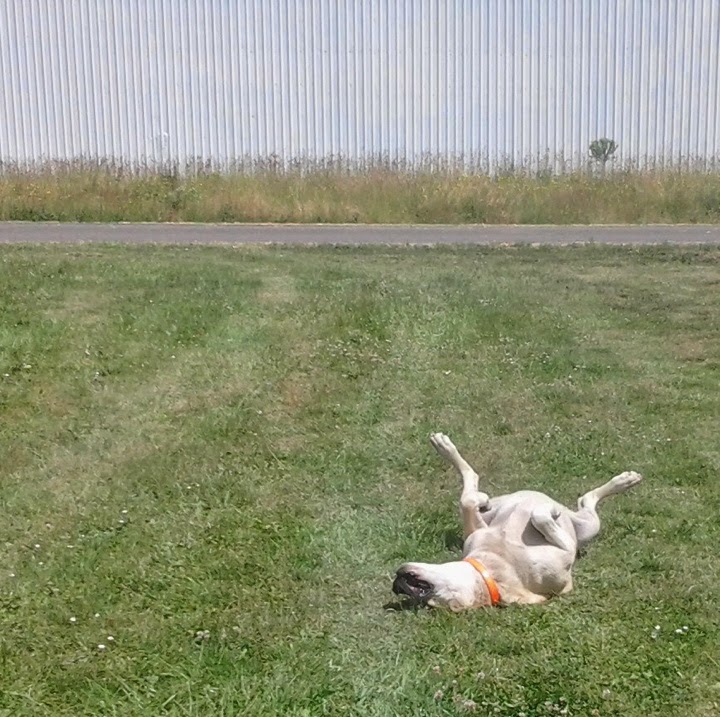 Does this look like a bicycle killer to you?
Of course, one of those hard-core cyclist guys, you know, one of the guys on the Mr. Garrison bicycles, gives me the signal to slow down. I'm not the one out of control, I'm not racing another stacker down hill, I'm not going to hit a pothole and fall over...
I'm going 30 mph.
Did I mention, I hate bicyclists?
Except for the nice regular folks who are not wearing spandex and look kind of tired and wave at you. Those people are fine. Don't mind sharing the road with nice people.
Posted by buddeshepherd at 8:39 AM