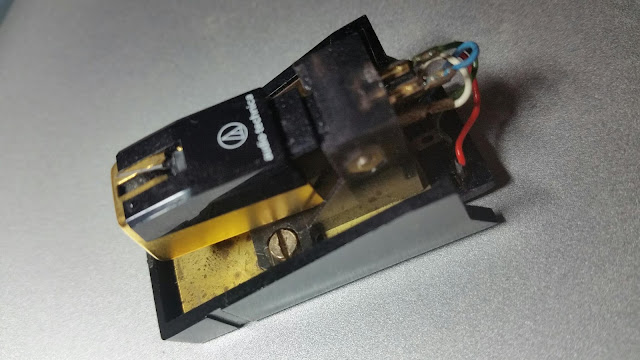 My family left me...
They went to visit someone.
It was a worthwhile trip.
I have things to do but I'm not doing them.

I microwaved can of can of chili and found an old album to listen to at high volume.
Sometimes I like the cover version better than the real thing...

So we took separate cars to church this morning.
I discovered rediscovered that I am unable to sit still for an hour without pen and pencil. I started playing with my phone. My daughter took my phone away and and sat on it.
Then she pretended she what scratching her butt with it.
Then we all laughed.
The pastor was talking about Christ being central in one's life but it was a quarter till twelve and none of us could concentrate. This has not as much to do with the pastor who was preaching his little heart our but rather with our inability to concentrate. I am not allowed to jiggle and I had no pen and paper.
It is torture...

Wife and I went to a Valentine's dinner at the church last night. A very sincere man got up and talked about all the bad things that had happened to him and how God had pulled him through it all and how he just needed to give up self and accept God's will and how everything was so much better now.
I attempted to balance a spoon on top of a knife.
I suppressed the urge to think, "but someone also won that lottery," and "can you be a motivational speaker without tragedy" and "could I make up a tragedy and sell motivational CD's"

It lasted a long time and people got tears in their eyes.

Fantasy is so much better than reality.

My cousin's son posted on Facebook that his mom had not paid the water bill and it was to be turned off and could his favorite older relatives help him out.
His dad passed away two years ago and his Mom has found a friend on Christiansingles.com has not time to pay the water bill. (Not that there is anything wrong with that.)
I went by their house with $200 to give him and then I saw a new boat in the driveway and a camp trailer worth more than my house and I turned around and drove away...

"I was out the other evening and I decided to take myself a little stroll through the park,
I was young and I was feeling' no pain...

"Well I introduced myself myself and I said nice thing for a walk/but I couldn't understand I thing she said when she talked.

We sat ourselves down on a little park bench and her skirt rolled up and I could see she was french and..."

I love poetry. But only bad redneck poetry with obvious rhymes and uncertain pentameter and lots of really loud guitar accompanyment.

I'm listening to the Georgia Satellites. I had myself a bowl of chili.
I've been waiting for some time alone.
I finally found an Audio Technica AT155LC like the one I lost (along with Grandpa's Bible) when we moved. I've been waiting with nervous anticipation to once again hear the crisp high range from vintage vinyl that I can no longer hear due to loss of hearing in my upper registers.
But... of course it was not what I expected.
It sounded a bit harsh so I swapped it back for the Sure V14 type III with the Jico Stylus which has much warmer sound.
I need to get a cartridge alignment protractor and give it another try.
Instead I decided more volume is the solution.
In addition to my ancient Baby Advents and Harman Kardon (or is it Harmon Kardan?) 330B,
I hooked the venerable Scott 299B Tube amp and the Dynaco A25 speakers up for a four speaker experience and turned the volume up till it distorted. Then backed it down a notch.

Getting old is kind of a bummer. One must make adjustments.
What is a damn shame is that all the good, strong Christian sorts who were supposed to provide the rest of us folks with an example and inspiration have all sold out to money, sustainability and diversity and have left us weird and uptight folk with problems of belief, cynicism, and attention deficient issues to carry on.. I am not up to the task.

So instead of being productive I have found an album from a totally forgotten rock band from the previous century to ear-splitting levels and published a silly blog post after Church.
And alienated some relatIves. Probably never will get that invitation to Sunday dinner. Darn...
Perhaps now I'll go outside and get the drill ready to plant, fix the brakes on the Honda Ascott and get a few minutes older.
The preacher this morning noted that medication fixed his chemical brain imbalance and that he was a totally different person.
I just sat there and jiggled...
It always sounds better if you throw in a "yeah" at the end...

Posted by buddeshepherd at 1:38 PM