What to plant and where? 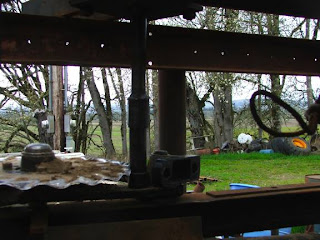 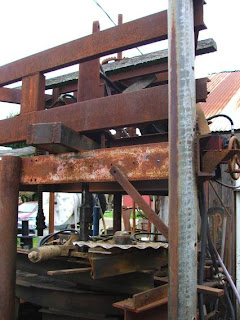 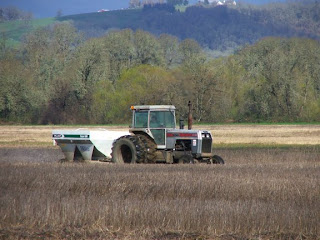 The frustration continues...
But first, the teacher conference: Our daughter is doing very well at school. She is good at math and writing and is a nice person. Now of course everyone thinks their child is above average but... I suspect that the bar for learning is not as high as it should be...
We have what used to be called a normal happy child.
S. has a friend who she plays soccer with. Her friend comes home from school with her. Monday I tried to find the friend's dad as Monday was the first real day of sun. I was going to take S. and L. out of school and go to the beach for the day. I couldn't find her dad to get a note and it just got to complicated so I went and planted. Which was the responsible thing to do.
Saw her dad the other day he was out at the shop. Said your daughter is at my house. He said he didn't know that much about what she did, "he wasn't that involved," with his family.
Kind of through me off.
I assume that it is because he works all the time so can't spend as much time with daughter as he would like. I would hate to hear it was because he didn't like his family, but I think many parents have that attitude. He thought the trip to the coast would have been a good idea...
But, I digress...
Planting this barley has become an exercise in frustration. I had it all figured out, started spreading fertilizer. Then the landlord showed up. The point of his farm is to attract ducks and geese so he can shoot them. I thought he wanted two fields of corn to attract ducks to a wider area. Instead he wants one 40 acre field since we are growing only half the amount we grew last year. He would really prefer the corn where I was going to plant the barley but he is pretty good to work with. I did some figuring and we decided to switch fields. We put down 200lbs of 38-0-0-7 on heavy triticale straw. I don't think we will lose much N. The weather is pretty cool. I was worried about planting barley though all that stubble. Too much shade and possible slug and mouse problems.
So, we are planting our barley on the old corn ground. This pretty wet ground. I check the soil temp and it is 50 degrees. Should be ok. We disked part of the field and harrowed it. It was too wet and we ended up with little hard golf balls. I had lots of problems getting seed and fertilizer and talking to the fellow who brought us our clover seed.
We decided to plant clover with some of the barley.
The question is: Do we wait for a weed sprout, round-up the sprout, and plant through it? Or do I just get it done now...
I opted for the get it done now... I have no idea how we are going to control the weeds in a barley/clover mix. This is old corn ground that was disked a month ago. Had a sprout, then we disked Monday and harrowed yesterday.
So I load up the drill. I put too much clover seed in so I'll have to suck it out with will take more time. I didn't block off every other opener on the main box so the clover would have some bare rows, as there was still a lot of barley in the main box. Then, I get started. Planted two rounds and got out to check seed depth. I suddenly realize...Ok, I'm planting clover into golf-ball size clods. True, it is a no-till drill but this is not really no-till. I put the front coulters way down to bring up loose soil and set the presswheels to plant shallow. It looks like it's bringing up some loose soil to back around the clover seed. I think we will hit it with a cement roller as soon as it is planted.
I hope I don't end up re-learning the motto: "Do it right or don't do it at all."
I was watching my White 2-135. Using it for disking and spreading fertilizer. It is blowing smoke out the engine breather like crazy. Engine must have a broken ring. Not the time of year for an overhaul. Have found another engine, just have to go get it, is in a tractor 75 miles away. Have an engine for my Minneapolis-Moline g1355, in South Dakota. Need to get that as well.
Here are some photos:
I bent a no-till coulter. Hit a huge rock. How many people have a gaint press at their shop. Dad built this 40 years ago. I it is for straightening rake wheels. Nobody straightens rake wheels anymore... Use the press a lot though... Of to work I go. Spreading fertilizer in the triticale stubble. Will strip-till corn through this later. Was going to plant barley, that is why it is being fertilized.
Posted by buddeshepherd at 7:40 AM